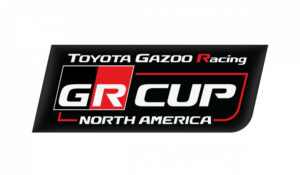 Toyota Gazoo Racing North America (TGRNA) is has released the inaugural GR Cup schedule, along with a portion of the purse offerings for the debut season, series officials announced.

In partnership with sanctioning body SRO America, the single-make series, featuring the Toyota GR86, will make its debut at Sonoma Raceway in April 2023 before heading to the Circuit of the Americas in May. Virginia Motorsports Park is next up in June followed by the lone street course in Nashville as part of the Music City Prix weekend in August. The season will then close at Road America in August, Sebring International Raceway in September and Indianapolis Motor Speedway in October. Each event weekend will consist of two races, with the season being 14 races in total.

“Everyone at Toyota is excited to unveil the GR Cup schedule along with some of our initial purse and prize offerings,” said David Wilson, president, Toyota Racing Development. “The schedule takes our teams to some of the most iconic venues in racing across this country. Additionally, the initial purse offerings further show Toyota’s commitment to this series long-term. We are thrilled to be able to offer such a lucrative race and championship winning purse in our first season.”

Additionally, the series announced that in each of the 14 races, TGRNA will pay an award for the top-eight finishes up to $12,000 for the race winner. TGRNA will also award $50,000 for the season-long champion. Additional offerings and prize packages will be unveiled at a later date.