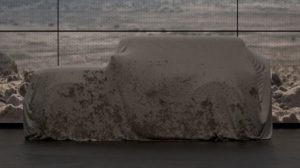 The official reveal of the 2021 Ford Bronco is just around the corner, with the first look scheduled to take place during a special debut event in March, followed by the New York Auto Show in April. But there are still plenty of unknowns regarding the specifications of the revived off-roader.

While it has been confirmed that the Bronco will be built on the same platform as the Ford Ranger, CarBuzz has reported that the two vehicles will not share the same powerplant.

According to Automotive News, Ford informed dealers at the NADA show that the official reveal with take place sometime in March.