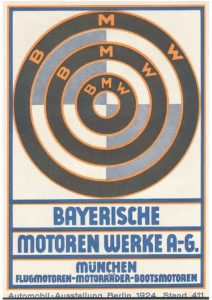 Because the German manufacturer got its start in the aircraft industry, many people believe that the BMW logo is a stylized propeller. But the truth, according to the company’s ‘BMW Explained’ series, is a little bit different.

As the company, originally known as Rapp Motorenwerke, transitioned from aircraft to cars, so did its logo, introducing a relatively similar version of the one still used today.

Over the years, a narrative emerged claiming that the logo was an homage to the company’s roots and that its blue and white quadrants are, in fact, a propeller.

Although that story has a grain of truth to it, the real meaning behind the logo is much different.

Find out the true history behind the famous logo here.