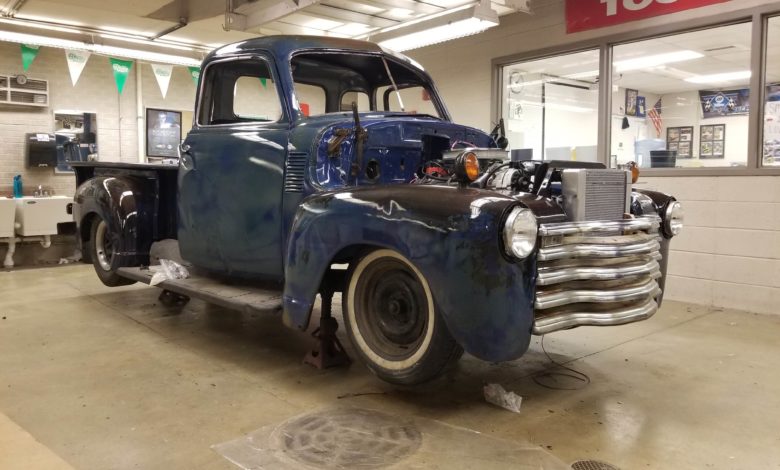 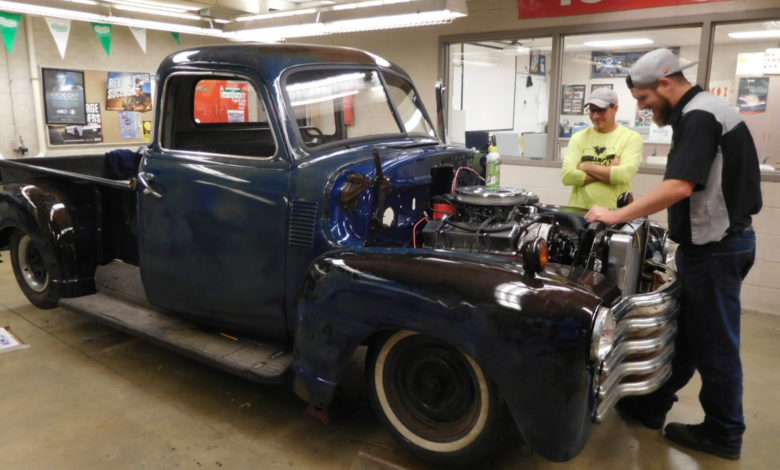 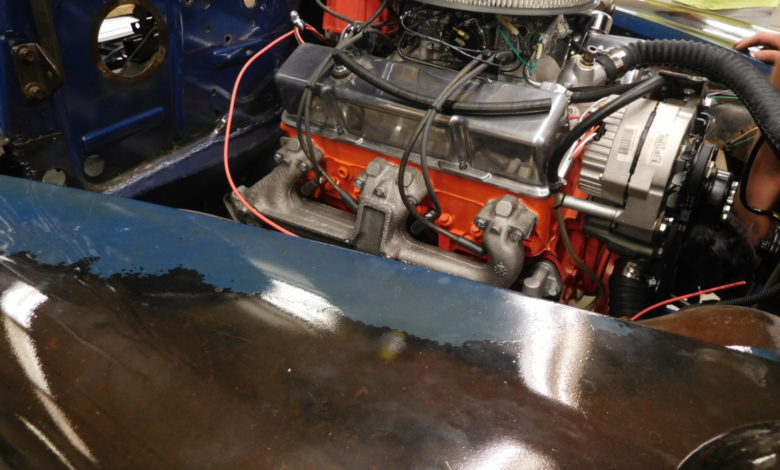 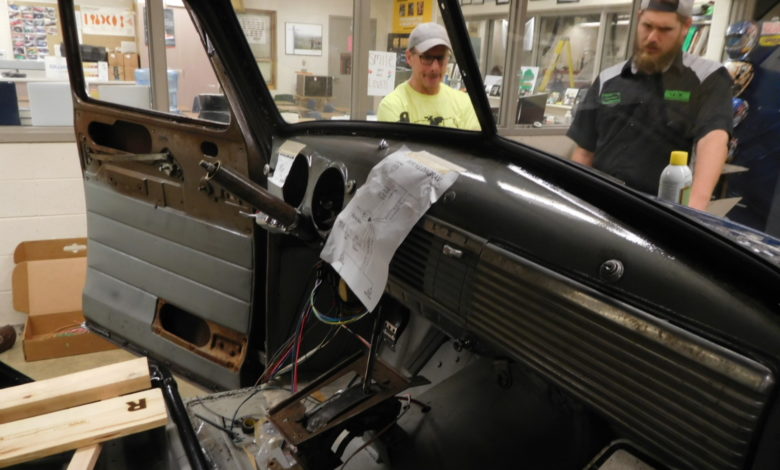 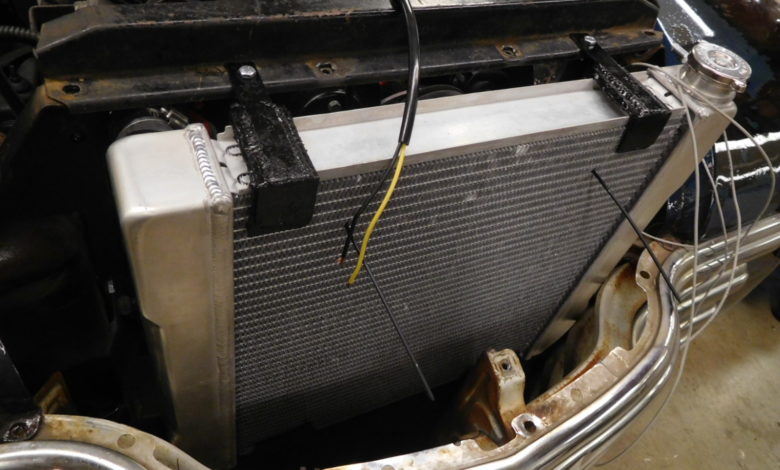 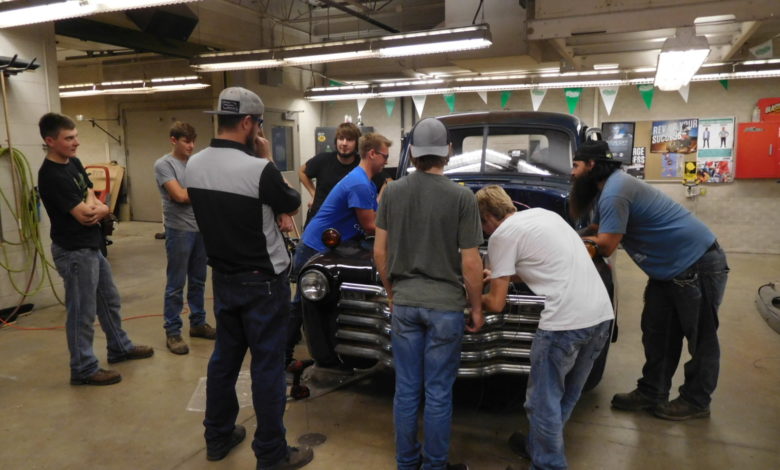 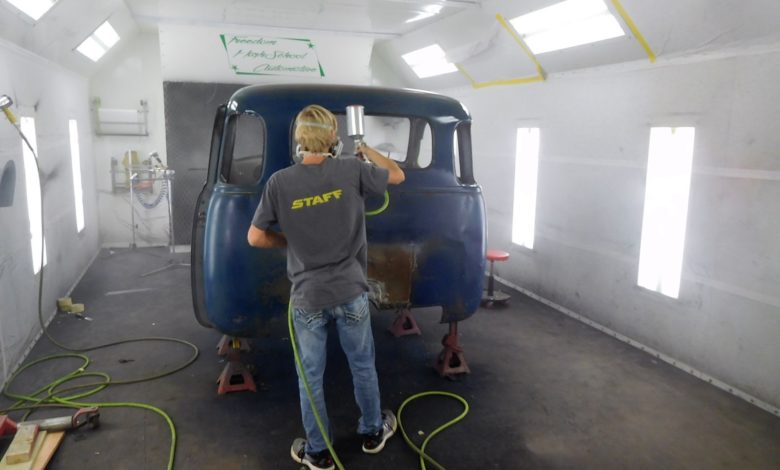 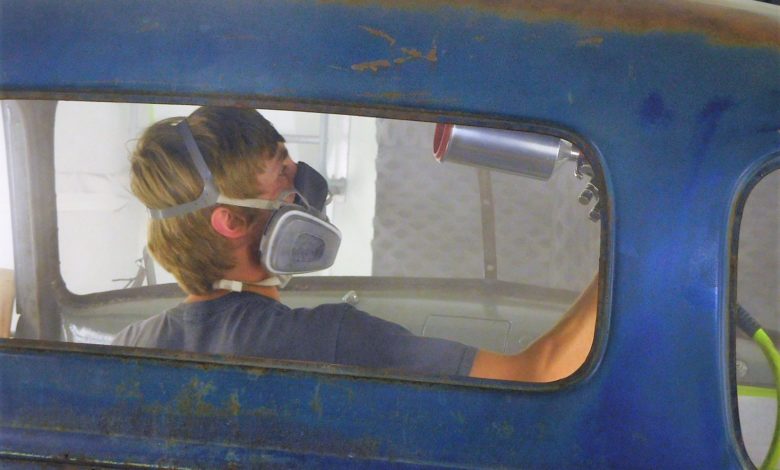 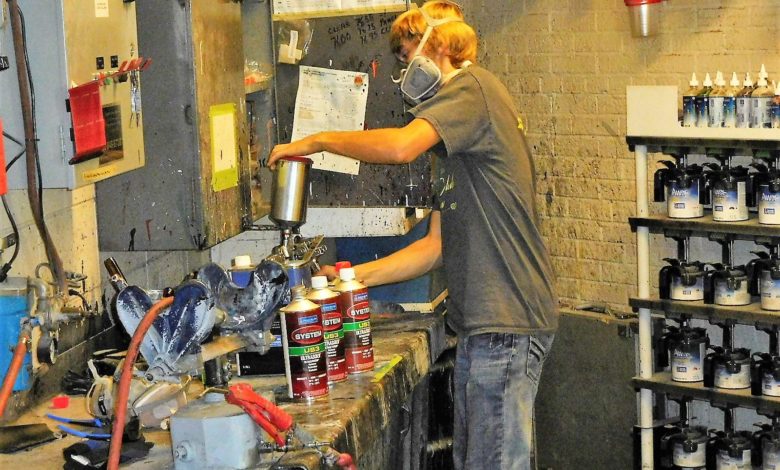 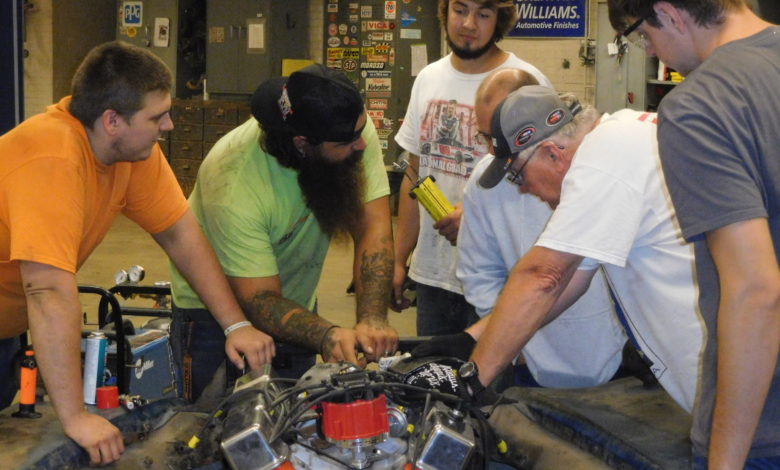 When I arrived at the school’s auto shop on Oct. 3, I immediately noticed that the rear portion of the truck (fenders, cargo box and wood cargo deck)-which had already been pre-assembled-were now mounted on the frame.

In addition, the cab, which had been in the auto shop’s paint booth just two weeks earlier, was also sitting on the frame. More accessories were installed on the 350-cid V-8 and some assembly of the seat base and the hanging pedal assembly had been accomplished inside the cab.

What I didn’t see were any of the students who have been working on the build.

“Don’t worry,” he laughed. “They’ll be here soon. They’re getting very anxious to have this project done. We plan to put it in the trailer on Oct. 27 and have it at the Las Vegas Convention Center in plenty of time for the start of the SEMA Show. But they still like to eat.”

While we were waiting, Rick Paulick, who works for a company called Toys For Trucks, showed me the vehicle that the students and Freedom Auto Club members are planning to customize for the 2019 SEMA Show. It’s a partly stripped down 1975 Chevrolet pickup that currently has a six-cylinder engine and no rear sheet metal. These trucks are known as square-bodies or box-bodies.

Paulick showed off some photos of sketches the students plan to use as a model for the 2019 build-those designs will be revealed at a later date.

As usual, Abitz was on the money-before long the young “assembly line workers” started drifting into the shop. Before long, eight students had gathered around the truck to get their assignments for the night. The major tasks for the evening were focused on the engine and the interior and making everything work right. A lot of time can be required to get seats properly constructed from the wood slat base to the leatherette trim. Likewise, it takes hours to get pedal linkages and carb linkages set up.

B’laster Corp. is the major sponsor of this year’s build, but part of the project is helping the students raise their own money for the trip to Nevada. On Oct. 11, the Freedom High School Auto Club will be having its annual open house and Booyah cookout.

For background’s sake, Booyah is a thick stew of probable Belgian origin made throughout the upper Midwestern U.S. Booyah can require up to two days and multiple cooks to prepare. It is cooked in specially designed booyah kettles and usually meant to serve hundreds or even thousands of people.

Anyone interested in the Booyah cookout can come check out the ’51 Chevy build. The Auto Club will also be selling Booyah to raise funds for the trip to SEMA at the end of the month. The open house starts at 3:30 p.m. and runs until 9 p.m.

Round nose Chevrolet pickups built from 1948-1955 were called Advance Design trucks. The student truck builders at Freedom High School in Freedom, Wisconsin, are moving closer to the SEMA Show with their advanced redesign of a 1951 Chevy pickup.

Built on a later-model Chevy S-10 pickup frame with Camaro 350 power, the truck will be in the B’laster Corp. booth (No. 53020) at the Oct. 30-Nov. 2 show in Las Vegas. For more on this build, read earlier installments of Gunnell’s series: