A total of 1,250 examples of the limited-edition Porsche 911 Sport Classic model by Porsche Exclusive Manufaktur will revive the style of the 1960s and early 1970s as part of its Heritage Design strategy, the manufacturer announced.

“The Heritage Design models represent the most emotionally driven concepts of the Porsche product strategy,” says Alexander Fabig, vice president individualization and classic. “This unique approach sees the Style Porsche design department working with Porsche Exclusive Manufaktur to reinterpret iconic 911 models and equipment from the 1950s through to the 1980s and to revive design features from those decades.”

Porsche is launching four limited-edition models over an extended period. The first of these was presented in 2020: the 911 Targa 4S Heritage Design Edition with design elements from the 1950s and 1960s.

The wide body – otherwise reserved for the 911 Turbo models – a fixed rear spoiler in the style of the legendary ‘ducktail’ Carrera RS 2.7 and the double-bubble roof underscore the callback design of the new 911 Sport Classic.

As with the first 997-generation 911 Sport Classic launched in 2009, the designers were inspired by the Fashion Grey paintwork of the early Porsche 356 when choosing the exclusive paint finish for the new limited-edition model, Porsche said.

In the interior, the Pepita pattern can be found on the door panels and seat centers, while two-tone, semi-aniline leather upholstery in Black/Classic Cognac provides contrast with the exterior color.

The 911 Sport Classic will be powered by a 3.7-liter, twin-turbo flat-six engine that transmits its 550 horsepower to the road via the rear wheels only. In combination with the seven-speed manual gearbox, the new 911 Sport Classic is the most powerful manual 911 available today, Porsche said.

The gearbox has an auto-blip function that compensates for engine-speed differences between the gears with a brief burst of revs when shifting down, and the standard sports exhaust system is specially tailored to the model. 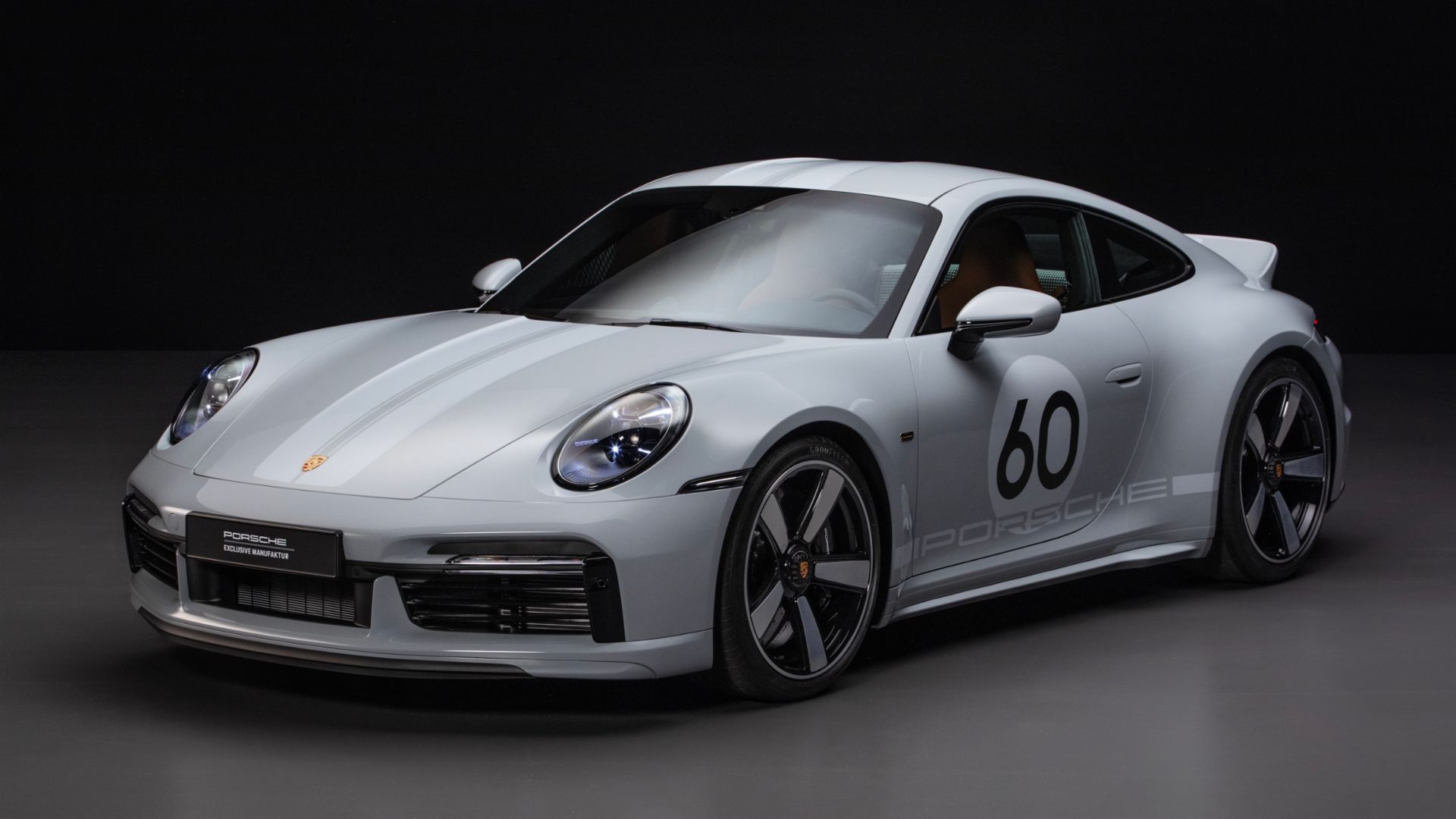