Economic growth is on the rise in the third quarter, following a sharp contraction of 31.7% (annualized rate) during the second quarter. Reviving the U.S. economy to “soaring” pre-pandemic levels undoubtedly will take time, but “there has been some progress in driving economic activity higher over the summer, despite a sharp uptick in new COVID-19 cases,” according to The Conference Board. In fact, “Various economic indicators that we track have rebounded in July and August at a greater than expected rate.”

“This year, the United States has seen the smallest economic contraction of any major Western nation, and we are recovering at a much faster rate than any other nation,” said President Trump at a recent press briefing.

Many economists predicted a strong third-quarter rebound. Rather, concerns relate to the sustainability of recovery efforts beyond that timeframe. “The pandemic-induced lockdown in March and April yielded a supply-side shock that is now transforming into a demand shock. High unemployment rates, low consumer confidence and income disruptions are likely to limit consumer spending later in the year,” explained The Conference Board, which outlined two likely economic recovery models: 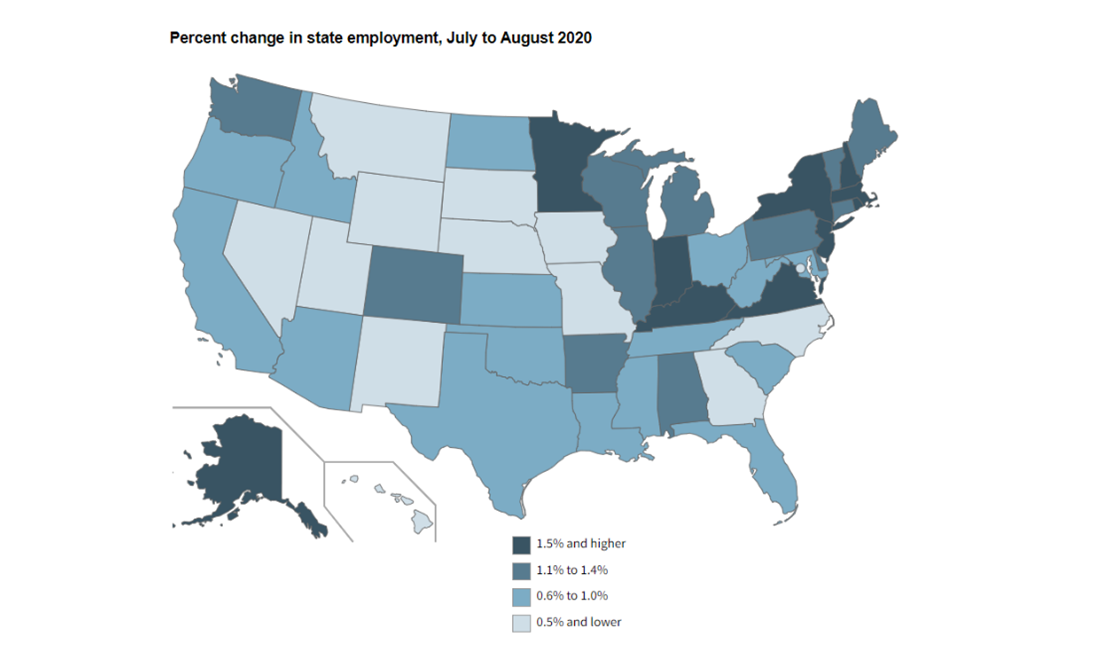 • Base Case Forecast: This forecast includes a third-quarter GDP rebound of 32.9%. “Given the severity of the economic contraction in the second quarter, even a moderate improvement in economic activity over the summer yields a strong growth rate in the third quarter. While consumer spending has been the largest driver of growth over the summer, we expect it to stall as high levels of unemployment damage spending later in the year, leading to a much slower GDP expansion of only 1.3% in the fourth quarter. This results in an annual growth rate of -3.8% in 2020 and puts the U.S. economy on a modest recovery path of about 3.2% growth in 2021.”

• Upside Forecast: This forecast presents a more optimistic scenario in which the growth momentum between May and August is sustained for the remainder of the year, though at a slower pace. “In this scenario, we adopt a more optimistic outlook on the impact of unemployment on U.S. consumption in the fourth quarter—resulting in a ‘swoosh-shaped recovery’ for the U.S. economy. This upside forecast results in an annual growth rate of -3.2% in 2020 and a strong rebound of 6.9% in 2021. In this scenario, U.S. monthly economic output recovers completely to pre-pandemic levels by January 2021.”

Total nonfarm payroll employment increased by 1.4 million in August, dropping the unemployment rate to 8.4%. “These improvements in the labor market reflect the continued resumption of economic activity that had been curtailed due to the coronavirus (COVID-19) pandemic and efforts to contain it,” explained the U.S. Bureau of Labor Statistics. 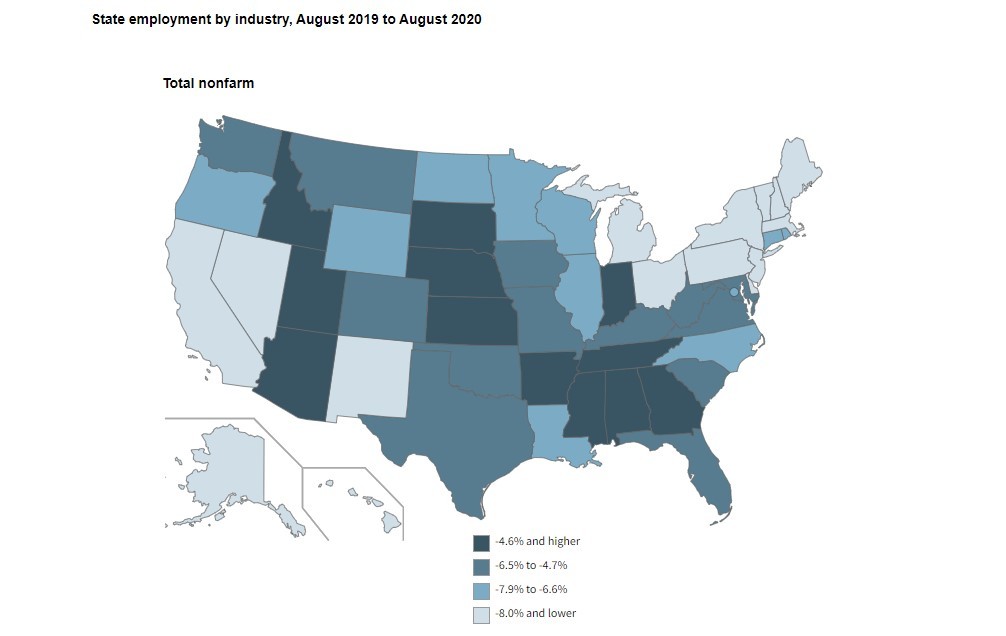 “The increases in real average hourly and weekly earnings largely reflect the substantial job loss over the year among lower-paid workers as a result of the COVID-19 pandemic and efforts to contain it,” according to the U.S. Bureau of Labor Statistics. 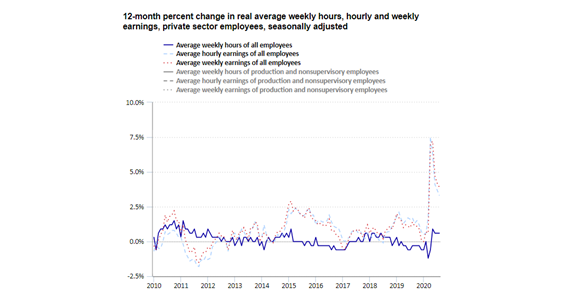 Total nonfarm payroll employment posted an increase of 1.4 million in August, following increases of larger magnitude in the prior three months, according to the U.S. Bureau of Labor Statistics. During this timeframe, nonfarm employment was below its February level by 11.5 million, or 7.6%.

Unemployment rates were lower in August in 41 states, higher in two and stable in seven, including the District of Columbia, according to the U.S. Bureau of Labor Statistics.

Nevada reported the highest unemployment rate in August at 13.2%, followed by Rhode Island (12.8%), as well as Hawaii and New York (12.5% each). Nebraska had the lowest rate at 4%, followed by Utah (4.1%) and Idaho (4.2%). In total, 29 states posted jobless rates lower than 8.4%, 10 had higher rates and 11—including the District of Columbia—had rates that were not appreciably different from that of the nation.