Keeping a cap on COVID-19 cases could be the key to continued economic recovery.

As of October 28, 2020, nearly 8.8 million cases had been reported across the United States, with California, Texas, Florida and New York recording the highest numbers, according to Statista.

While national unemployment dropped to 7.9% in September, the economic impacts remain widespread, with tens of millions left unemployed to face new challenges. 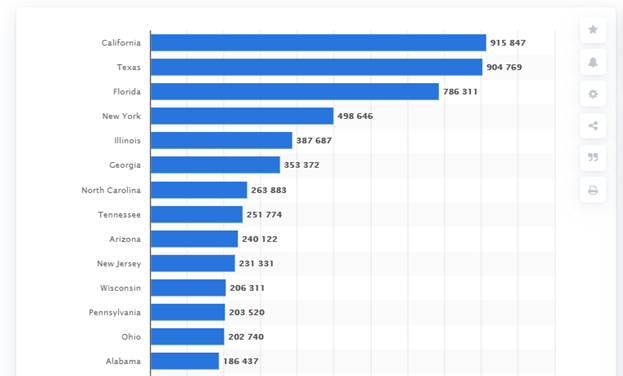 “Confidence was greater among wealthier Americans than other households, highlighting the wide disparity in who’s been hurt most by the coronavirus. Many workers in lower-paying jobs in hotels, restaurants, retail stores and other service-oriented businesses have suffered higher levels of unemployment,” reported MarketWatch.

The big picture: Higher confidence has long been associated with stronger economic growth and faster hiring. Throughout the pandemic, consumer confidence has been shaped by the ebb and flow of COVID-19 cases and the steady return of people to work. As long as the virus remains under control, the economy is likely to continue to recover, but if the virus starts spreading faster again or rehiring slows, confidence is bound to suffer another blow. –MarketWatch 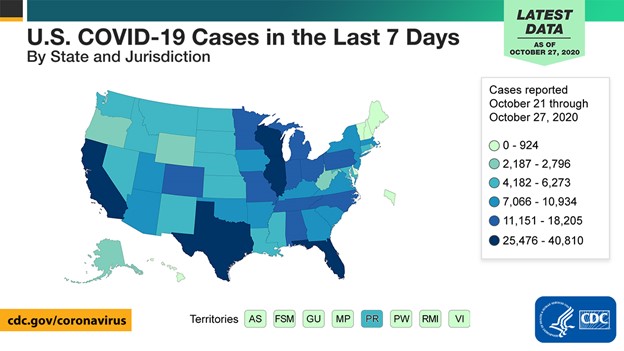 According to the Centers for Disease Control and Prevention (CDC), COVID-19 cases continue to increase nationwide. As of October 25, average daily cases in the past seven days increased 26% from a week prior.

Undoubtedly, challenges are ahead as the country steers toward recovery, but the American story is one of perseverance and resilience. While many small businesses across the country are struggling, professionals across the automotive aftermarket, powersports and RV industries—to name a few—are turning to new and improved ways to engage with customers, evolve their business models and grow their brands.

As such, the monthly Key Performance Indicator Report serves as an objective wellness check on the overall health of our nation, from the state of manufacturing and automotive industry to current economic conditions and consumer trends.

For starters, economists predict growth will rise to 34.6% (annualized rate) during the third quarter, following a sharp contraction in the second quarter. Revitalizing economic output to pre-pandemic levels will take time, but “there has been some progress in driving economic activity higher over the summer, despite a sharp uptick in new COVID-19 cases,” according to The Conference Board.

In September, total nonfarm payroll employment increased by 661,000. Furthermore, unemployment rates declined among major worker groups and were lower in 30 states, higher in eight states and stable in 12 states (including the District of Columbia), according to the U.S. Bureau of Labor Statistics. The largest job gains occurred in New York (+109,300), California (+96,000) and New Jersey (+60,200).

Below are a few key data points explained in further detail throughout the report:

Nine of the 10 Index components improved and one declined. The NFIB Uncertainty Index increased two points to 92, up from 75 in April.

“As parts of the country continue to open, small businesses are seeing some improvements in foot traffic and sales,” said Bill Dunkelberg, NFIB chief economist. “However, some small businesses are still struggling financially to operate at full capacity while navigating state and local regulations and are uncertain about what will happen in the future.”

Readers are encouraged to study the most current Small Business Optimism Index.