More than 250.7 million COVID-19 cases and 5 million deaths have been confirmed across 235+ countries, areas or territories. Vaccination efforts remain a top priority, with an ultimate goal of reaching herd immunity. Approximately 7 billion doses have been administered globally, with 193 million Americans, or 58.6% of the total U.S. population, now fully vaccinated.

As COVID-19 cases simmer across the U.S., the focus turns to those who are eligible for vaccination but have declined for a variety of reasons. Increased demand for “mandatory vaccination” is of growing concern among those who stand by lawful personal choice in health and medical decisions.

The Biden administration plans to circumvent the unvaccinated by means of immunization requirement through Occupational Safety and Health Administration (OSHA), a move that calls into question the authority vs. overreach of the federal government.

“This isn’t OSHA’s first foray into vaccine law, but Biden’s mandate is by far the most extensive in using OSHA as a vehicle for requirement,” said Brian Dean Abramson, a leading expert on vaccine law.

According to recent news reports, at least 26 state attorneys general have challenged President Joe Biden’s vaccine and testing requirements in five different U.S. appeals courts. Meanwhile, the administration is instructing businesses to proceed with the vaccine mandate despite a court-ordered pause, which was issued due to possible “grave statutory and constitutional issues with the mandate.”

Legal teams across the state, as well as companies and religious organizations, argue the requirements exceed the authority of OSHA and amount to an unconstitutional delegation of power to the executive branch by Congress, reported CNBC.

Overall, Americans remain sharply divided over vaccine mandates, a topic sure to unfold even more in the coming months. 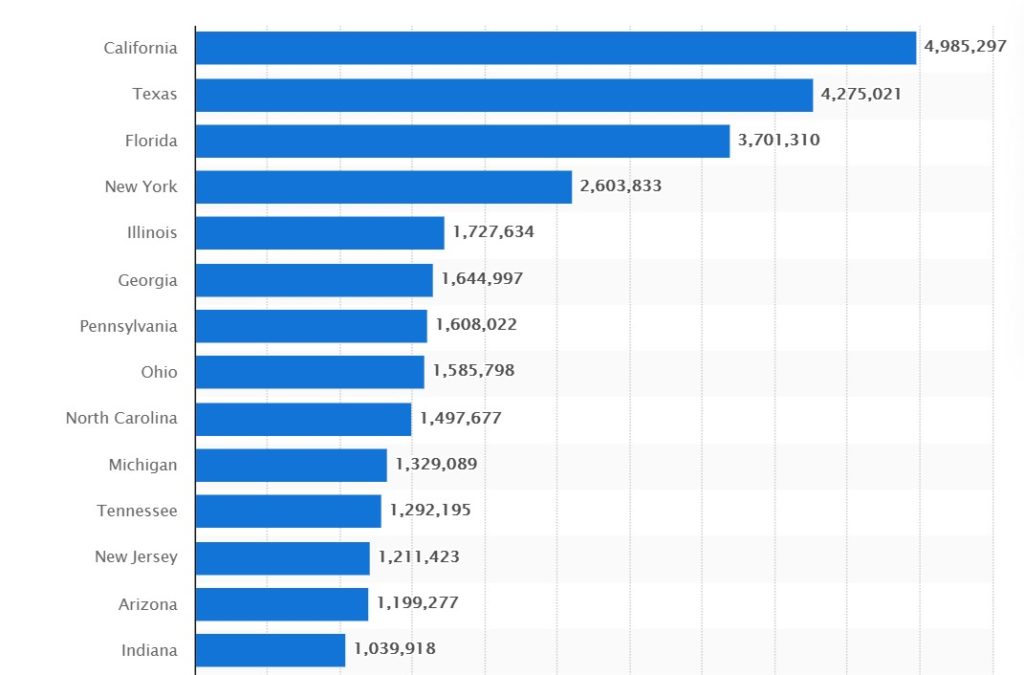 As of November 8, 2021, the state with the highest number of COVID-19 cases was California. Over 46 million cases have been reported across the United States, with California, Texas, Florida and New York reporting the highest numbers. After enduring one of the greatest spikes in COVID-19 cases across the country, Florida now ranks 50th in the country in per capita cases, according to the Washington Post.

Vaccination rates are not the only numbers at a crossroads, as consumer sentiment settles, the consumer price index soars and global vehicle sales hit a new low.

The Conference Board Consumer Confidence Index® increased in October, following declines in the previous three months. The Index now stands at 113.8 (1985=100), up from 109.8 in September. The Present Situation Index – based on consumers’ assessment of current business and labor market conditions – rose to 147.4 from 144.3 last month. The Expectations Index – based on consumers’ short-term outlook for income, business and labor market conditions – improved to 91.3 from 86.7.

Meanwhile, The Consumer Sentiment Index – a survey consisting of approximately 50 core questions covering consumers’ assessments of their personal financial situation, buying attitudes and overall economic conditions – stayed relatively unchanged at 71.7, according to the University of Michigan Survey of Consumers.

Despite a range of complex challenges – from consumer confidence and sentiment to supply chain woes and beyond – the National Retail Federation (NRF) is forecasting 2021 holiday sales growth between 8.5% – 10.5% year-over-year. This figure includes online and other non-store sales, which NRF predicts will increase between 11% – 15%.

Furthermore, retailers are expected to hire between 500,000 and 665,000 seasonal workers to service the increase in holiday foot traffic, up from 486,000 seasonal hires in 2020. With 4 in 5 shoppers expecting a seamless omnichannel shopping experience, Buy Online/Pick-Up In Store shopping channels are expected to post double-digit growth rates through 2024 – presenting a whole new revenue stream to automotive shops that seize the opportunity. 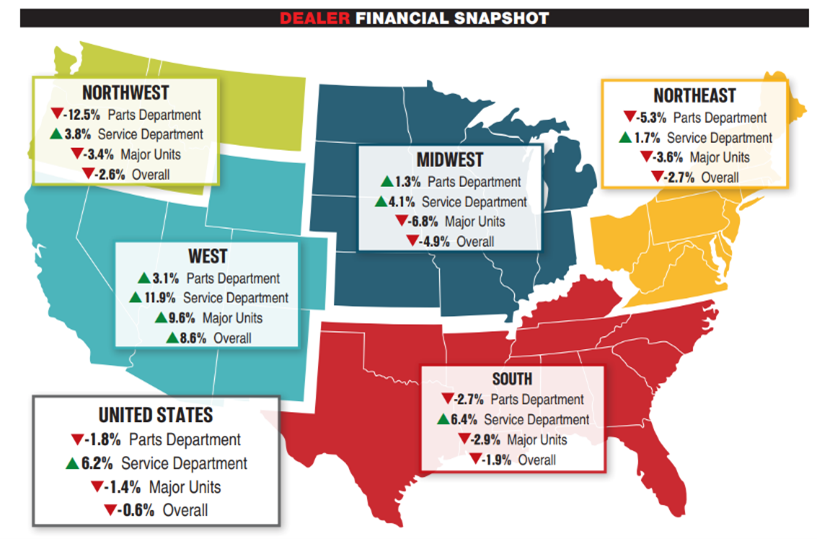 The NFIB Small Business Optimism Index decreased from 99.1 in September to 98.2 in October. “Small business owners are attempting to take advantage of current economic growth but remain pessimistic about business conditions in the near future,” said Bill Dunkelberg, NFIB chief economist. “One of the biggest problems for small businesses is the lack of workers for unfilled positions and inventory shortages, which will continue to be a problem during the holiday season.”