More than 516.4 million COVID-19 cases and 6.2 million deaths are confirmed across the globe. Vaccination efforts remain a top priority among health and government officials, with an ultimate goal of reaching herd immunity. Approximately 66% of Americans are fully vaccinated, according to recent CDC data. Experts estimate 70%-85% of the population must be vaccinated in order to reach herd immunity.

The Conference Board Consumer Confidence Index® declined slightly in April, following an increase in March. The Index now stands at 107.3 (1985=100), down from 107.6 in March. The Present Situation Index – based on consumers’ assessment of current business and labor market conditions – fell to 152.6 from 153.8 last month. However, the Expectations Index – based on consumers’ short-term outlook for income, business and labor market conditions – edged up to 77.2 from 76.7.

Similarly, The Consumer Sentiment Index – a survey consisting of approximately 50 core questions covering consumers’ assessments of their personal financial situation, buying attitudes and overall economic conditions –rose to 65.2 in April, a 9.8% month-over-month increase, according to the University of Michigan Survey of Consumers.

Data shows most of the bump was concentrated in expectations, with gains of 21.6% in the year-ahead outlook for the economy and an 18.3% jump in personal financial expectations. However, the overall impact on sentiment trends was quite small, notes Richard Curtin, chief economist. Aside from the last two months, he says the Sentiment Index in April was still lower than any prior month in the past decade.

If oil prices remain above $100 a barrel, for example, energy costs for U.S. households could rise by $750-plus on average year-over-year – tightening consumer wallets on other goods and services, explains Gregory Daco, chief economist for EY-Parthenon.

“Just how big a blow the conflict ends up delivering to the global economy will depend on its length and scope, the severity of Western sanctions and the possibility that Russia might retaliate,” according to economic contributors at Bloomberg. “There’s the potential for other twists too, from an exodus of Ukrainian refugees to a wave of Russian cyberattacks.” 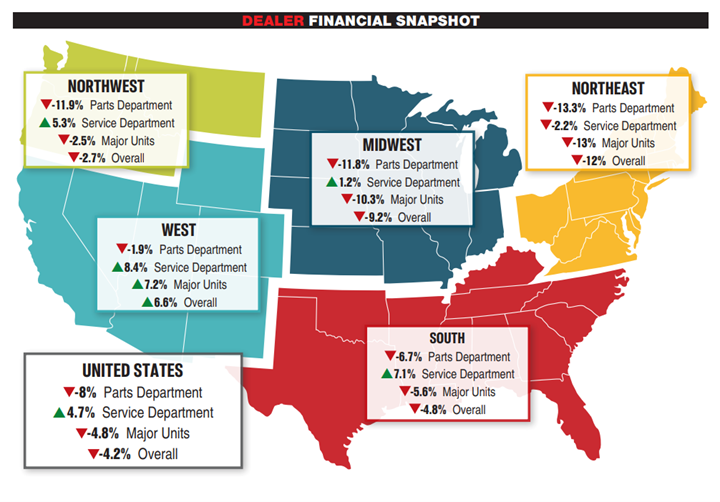