The Consumer Price Index for All Urban Consumers (CPI-U) rose another 1% in May on a seasonally adjusted basis, following a .3% increase in April, according to the U.S. Bureau of Labor Statistics. Over the last 12 months, the all-items index increased 8.6% before seasonal adjustment.

The increase was broad-based, with the indexes for shelter, gasoline and food making the largest impact. A short-lived decline in April morphed into a 3.9% month-over-month increase, with the gasoline index climbing 4.1% and other major component indexes also rising. For example, the food index rose 1.2% in May, as the food-at-home index increased 1.4%.

Overall, gas prices weighed heavily on consumers, which was no surprise given the 65-cent increase in national gas prices from last month (AAA). Half of all consumers spontaneously mentioned gas during their interviews, compared with 30% in May and only 13% a year ago. Consumers expect gas prices to continue to rise a median of 25 cents over the next year, more than double the May reading and the second highest since 2015. In addition, a majority of consumers spontaneously mentioned supply shortages for the ninth consecutive month. – Survey of Consumers

The index for all items less food and energy rose .6%, the same increase as in April. While almost all major components increased month-over-month, the largest contributors were the indexes for shelter, airline fares, used cars and trucks, as well as new vehicles. The indexes for medical care, household furnishings and operations, recreation and apparel also rose.

“Fixings traders are saying inflation is not only not coming down, but it is probably accelerating,” says Gang Hu, a 20-year veteran of TIPS trading with New York hedge fund WinShore Capital Partners. “Wednesday’s 75-basis-point rate hike and policy update by the FOMC, or rate-setting Federal Open Market Committee, made no difference to fixings traders,” adds Hu, who also trades CPI fixings. “Whatever the Fed does is very unlikely to change CPI in the next few months because Fed action will have a lag of 6 to 12 months. So, whatever the Fed does is not massively going to change the market’s thinking in two to three months.”

It appears Fannie Mae® is in agreement, as its updated forecast includes an expectation of a modest recession in the latter half of 2023. The company foresees a contraction in economic activity as the most likely path to meet the Federal Reserve’s inflation objective given the current rate of wage growth and inflation, according to its Housing & Economic Outlook.

“While a “soft landing” for the economy is possible, which is where inflation subsides without economic contraction, historically such an outcome is an exception, not the norm. With the most recent inflation readings at levels not seen since the early 1980s and wage growth exceeding that which is consistent with a 2% inflation objective, we believe the odds of a soft landing are even lower,” notes Fannie Mae®. 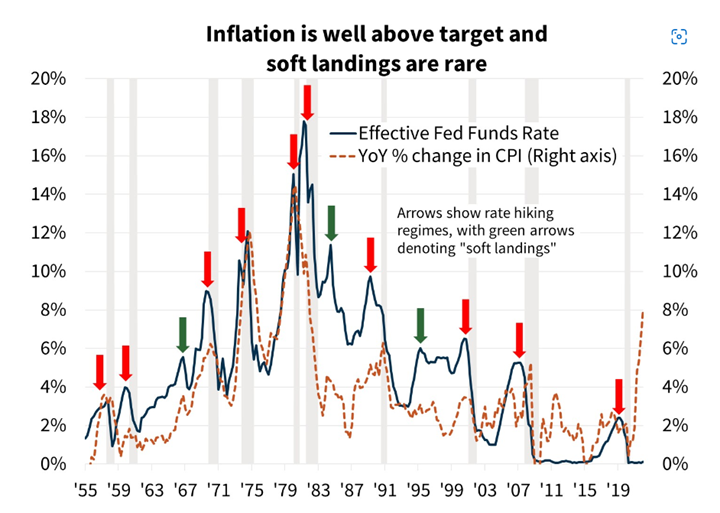 Total nonfarm payroll employment increased by 390,000 in May, and the unemployment rate remained at 3.6%. The monthly total represented a pullback from the upwardly revised 436,000 in April and was the lowest monthly gain since April 2021.

“Despite the slight cooldown, the tight labor market is clearly sticking around and is shrugging off fears of a downturn,” said Daniel Zhao, Glassdoor’s senior economist. “We continue to see signs of a healthy and competitive job market, with no signs of stepping on the brakes yet.” 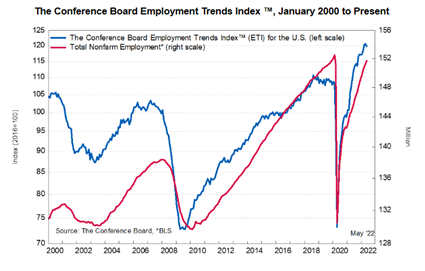 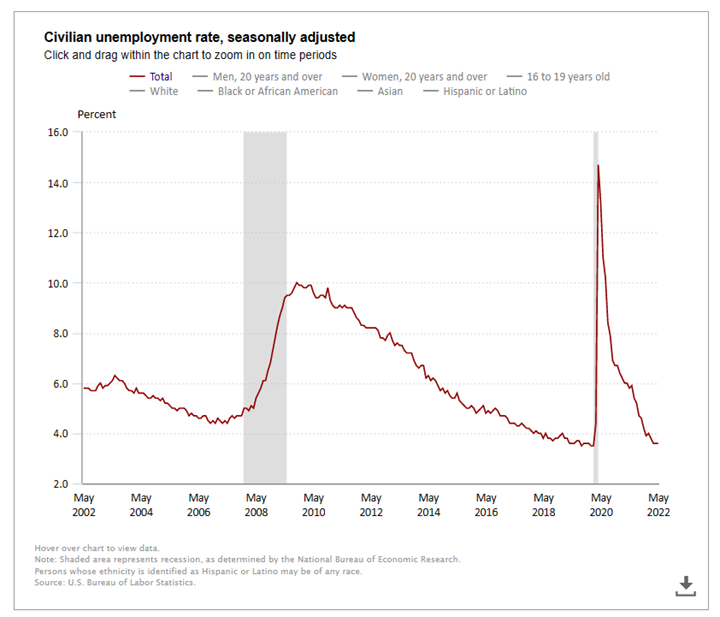 Total nonfarm payroll employment rose by 390,000 in May, with notable job gains in leisure and

hospitality, professional and business services, as well as transportation and warehousing. Nonfarm employment remains down by 822,000, or .5%, from its pre-pandemic level in February 2020.