Recently, the National Bureau of Economic Research (NBER) declared an official U.S. economic recession. Though May and June data was promising, as a result of stay-at-home directives being eased and local economies starting to resume business, increased instances of COVID-19 outbreaks across the U.S. threaten to delay further reopening and may even result in new lockdown mandates.

“Presently, under our baseline scenario, we do not expect a large second wave of cases to sweep the country in the autumn, but do expect weak consumer demand due to persistently high unemployment and the expiration of various government stimulus programs,” stated The Conference Board.

That said, Americans remain hopeful after receiving a positive jobs report for June. Total nonfarm payroll employment posted an increase of 4.8 million following a 2.7 million uptick the month prior, according to the U.S. Bureau of Labor Statistics. As such, the unemployment rate declined by 2.2 percentage points to 11.1%, while the number of unemployed persons fell by 3.2 million to 17.8 million.

“Today’s jobs report shows that our resilient economy continues to return more people to work, more quickly, than forecast. It is heartening to see employment gains across nearly all demographics. The report reflects that we can return millions more Americans to work in the weeks ahead, provided we bear in mind that economic recovery must go hand-in-hand with safe practices and self-discipline,” said U.S. Secretary of Labor Eugene Scalia.

At a macro level, The Conference Board has outlined three likely economic recovery scenarios, the details of which are below. 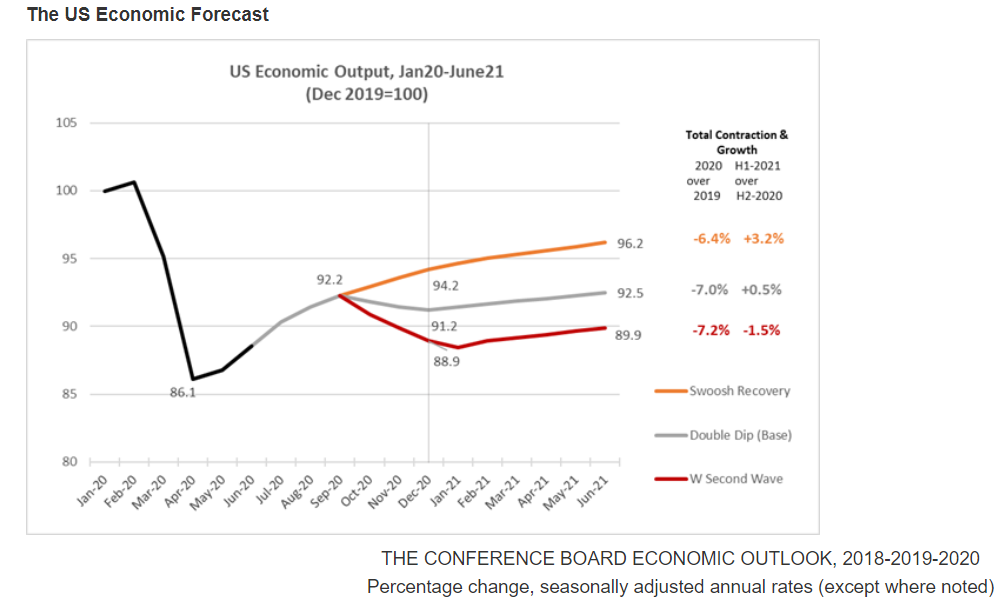 • The base forecast, referred to as the Double Dip, includes a second-quarter GDP contraction of nearly 40% (annualized). This large decrease is driven by a steep drop in consumer spending that equates to nearly 40%, a decline in real capital spending just over 30% and a fall in exports in excess of 50% (all annualized). Following a large rebound, perhaps 20% or more in Q3, growth is expected to slow to around 1% in Q4, which will bring the December 2020 level of economic output to approximately 93% of what it was a year earlier. Based on this updated forecast, U.S. GDP will contract by 7% for 2020 on the whole.

• If COVID-19 is brought under control rapidly, then unemployment could ease further and consumer confidence could rise, resulting in a stronger ‘Swoosh’-shaped recovery, which brings the economy back to pre-COVID-19 levels of output by the end of 2021.

• A large second wave of COVID-19 cases in the autumn could result in widespread economic lockdowns and yield a weaker ‘W’-shaped recovery that would hurt fourth-quarter growth and extend the economic crisis into 2021. 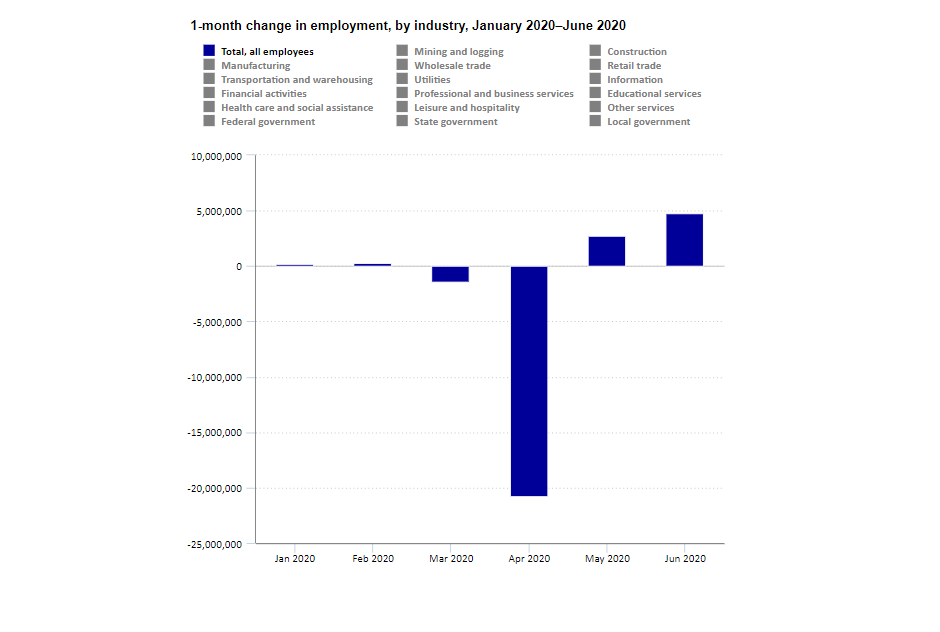