More than 555.4 million COVID-19 cases and 6.3 million deaths are confirmed across the globe. Vaccination efforts remain a top priority among health and government officials, with the ultimate goal of reaching herd immunity. Approximately 67% of Americans are fully vaccinated, according to recent CDC data. Experts estimate 70%-85% of the population must be vaccinated in order to reach herd immunity.

To date, nearly 88 million cases were reported across the U.S, with California, Texas and Florida claiming the highest numbers, according to Statista. COVID-19 restrictions vary by state, county and even city. Review a comprehensive list of current restrictions here.

The Conference Board Consumer Confidence Index® fell to 98.7 (1985=100) – down 4.5 points from 103.2 in May and the lowest level since February 2021 (Index, 95.2). The Present Situation Index, which is based on consumers’ assessment of current business and labor market conditions, declined marginally to 147.1 from 147.4 last month. Meanwhile, the Expectations Index – derived from consumers’ short-term outlook for income, business and labor market conditions – decreased sharply to 66.4 from 73.7. This, too, is a record-low level since March 2013 (Index, 63.7).

Similarly, The Consumer Sentiment Index – a survey consisting of approximately 50 core questions covering consumers’ assessments of their personal financial situation, buying attitudes and overall economic conditions –declined sharply to 50 in June, according to the University of Michigan Survey of Consumers. It is the lowest reading on record, inclusive of consumers across income, age, education, geographic region, political affiliation, stockholding and homeownership status.

Inflation remains a weighty concern to consumers, with 47% blaming inflation for eroding their living standards – just one point shy of the all-time high last reached during the Great Recession. In particular, consumers expressed the highest level of uncertainty over long-run inflation since 1991, continuing a drastic increase that began in 2021.

In January 2021, when President Joe Biden took office, the inflation rate was 1.4% – below the target set by the Federal Reserve. After the passage of the American Rescue Plan, however, which effectively secured $1.9 trillion in additional government spending, the inflation rate nearly tripled in a four-month span and hit 4.16% by April. At the time, President Biden dismissed economic fears and took a “transitory” approach to a bloating inflation rate. While it hovered at 5.2% – 5.3% between July and October 2021, it swelled to 7.48% by January 2022 – before Russia’s invasion of Ukraine. Inflation climbed to 8.25% in April, 8.582% in May and now 9.1% in June, a greater hike than economists predicted.

Inflation is not only a top concern among consumers, but also business owners as well. The NFIB Small Business Optimism Index dropped 3.6 points in June to 89.5, marking the sixth consecutive month below the 48-year average of 98. Small business owners expecting better business conditions over the next six months decreased seven points to a net negative 61%, the lowest level recorded in the 48-year survey.

“As inflation continues to dominate business decisions, small business owners’ expectations for better business conditions have reached a new low,” said Bill Dunkelberg, chief economist at NFIB. “On top of the immediate challenges facing small business owners, including inflation and worker shortages, the outlook for economic policy is not encouraging either as policy talks have shifted to tax increases and more regulations.” 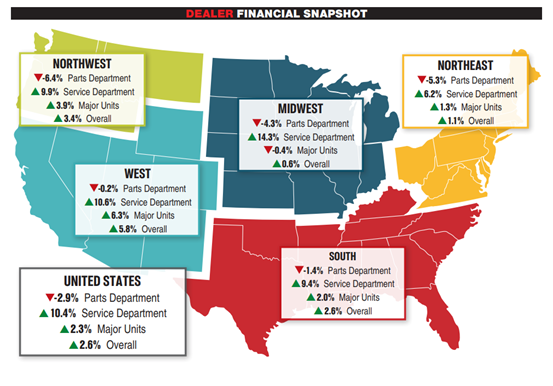