On sale early next year, the new MDX will assume the flagship role in the Acura lineup, the company said. Twenty years after the launch of the first-generation model, new design and interior of the new MDX will be bolstered by new Acura technologies, an all-new performance-focused platform with MDX’s first-ever double-wishbone front suspension and the first application of the Type S high-performance moniker to an Acura SUV.

“The new MDX marks a turning point for Acura as our new flagship and the most far-reaching effort yet to deliver on our Precision Crafted Performance brand promise,” said Jon Ikeda, vice president and Acura brand officer. “We knew we needed to deliver something more emotional and premium with performance at its core. This new MDX builds on the past 20 years of success and elevates the model to an even stronger position in the market.”

With a matte finish, the MDX Prototype, shown in both Liquid Carbon and Performance Red, makes a bold statement with its more dynamic and muscular design, Acura says. The upright grille and long, sculpted hood convey power and presence and are anchored to an even lower and wider body with bulging shoulders and a greenhouse set further back, enabling a 6-inch increase in dash-to-axle dimension. 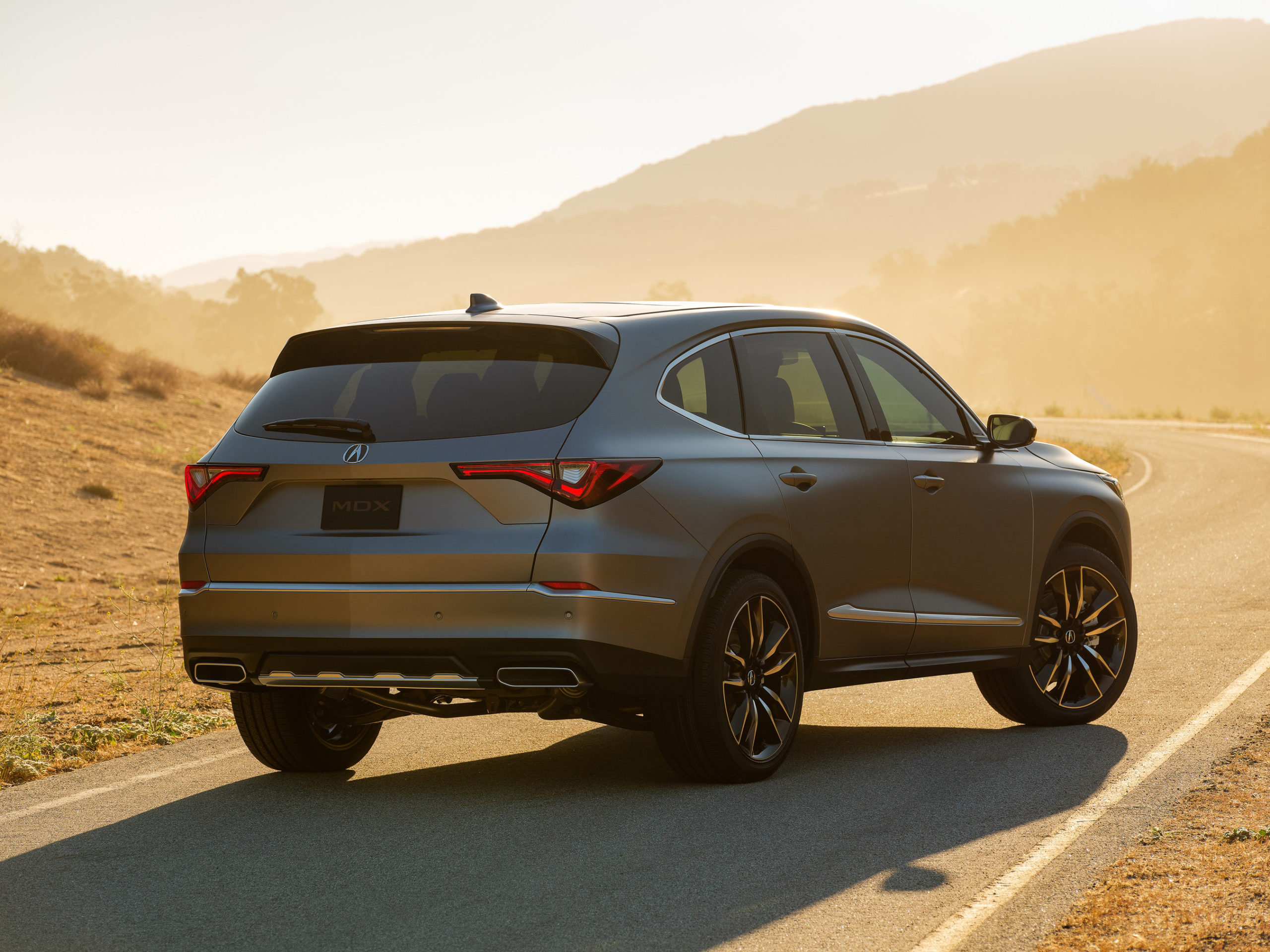 In profile view, the 21-inch wheels have been pushed to the corners, giving the MDX Prototype a nearly 3-inch longer wheelbase, aiding both ride quality and more spacious seating in all three rows, as well as a larger and more versatile cargo hold. A sharply sculpted beltline connects the front and rear, where the wide-set Chicane LED taillights echo the headlight treatment in front.

The MDX Prototype previews the production model’s new cabin design, with a more upright instrument panel taking on a wide structural motif. High-grade, authentic materials trim the interior including open-pore wood with infused metallic flake, polished aluminum and Milano leather. A mix of Ebony and Light Orchid leather covers the instrument panel and steering wheel. The vehicle is also equipped with Acura sport seats with curvilinear quilting in all three rows, gradient perforation and high-contrast stitching and piping. A panoramic moonroof opens the cabin up to provide natural light to all three rows. 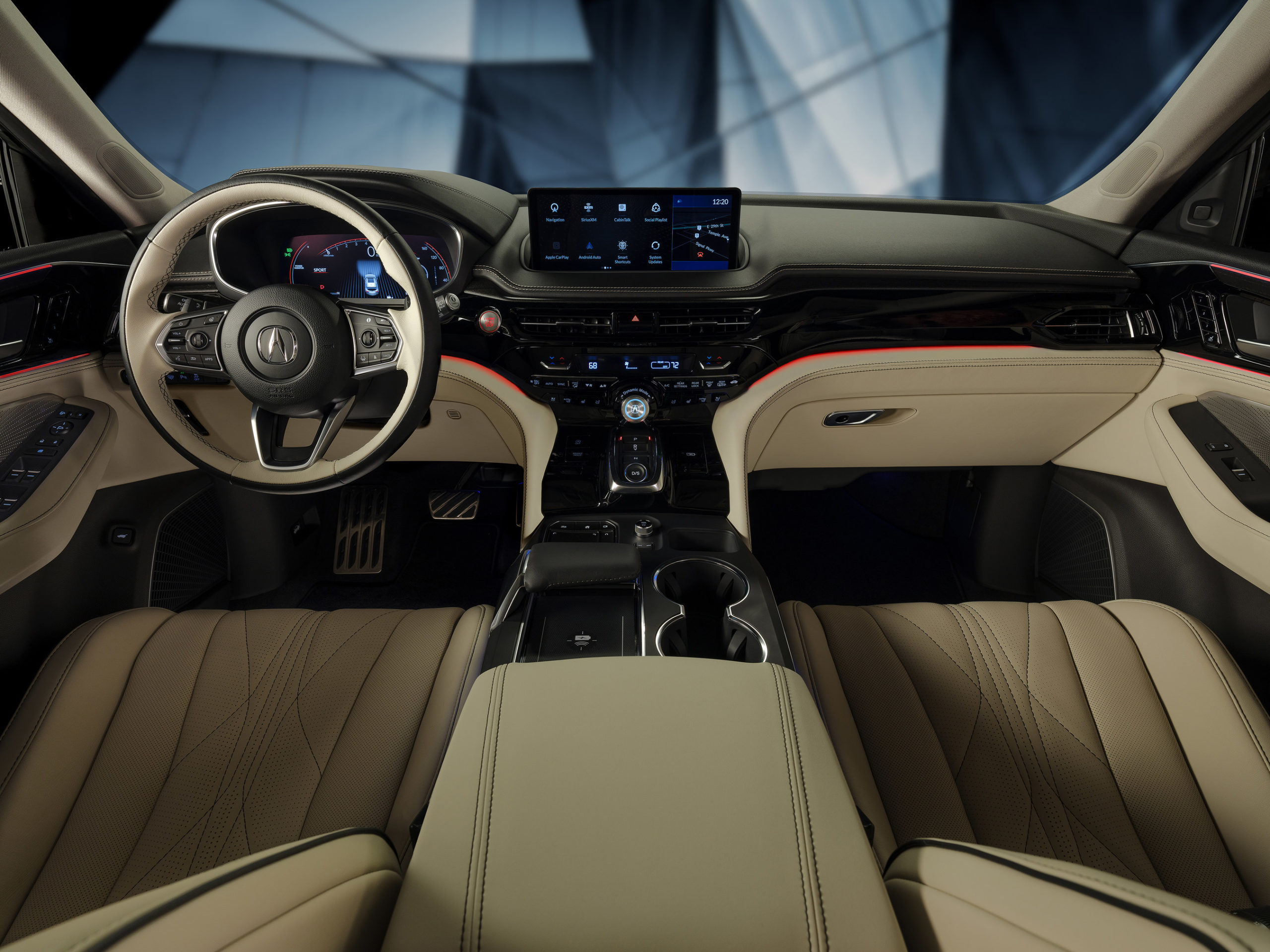 Powering the fourth-generation MDX will be one of two new powertrains. Standard power will come from Acura’s 3.5-liter V6 with i-VTEC valvetrain, connected to a 10-speed automatic transmission. The upcoming MDX Type S will feature a Type S-exclusive 3.0-liter turbocharged V6 producing an estimated 355 horsepower and 354 lb.-ft. of torque, the most powerful engine ever offered in an Acura SUV. All MDX Type S models will put power to the ground through Acura’s fourth-generation SH-AWD system.