Zan Martin, president and CEO of Martin & Co. Advertising, was elected in July to join the governing board of trustees for Martin Methodist College (MMC). Martin is Martin Methodist Alumna.

The four-year college located in Pulaski, Tennessee is related to and partially supported by the Tennessee Conference of the United Methodist Church and is accredited by the Southern Association of Colleges and Schools to provide both Associate and Baccalaureate degrees in addition to a Masters of Business Administration degree. The college is named after Thomas Martin (no relation to Zan Martin), who served as president of the Nashville and Decatur Railroad and was a close friend of President James K. Polk.

Martin has a long history with Martin Methodist College that dates to the 1940s. She is the daughter of Bill and Rosemary Starnes who first met at MMC in 1948 as students. After years of leadership for the Board of Global Ministries that included missionary work in Zaire to launch the Congo Polytechnic Institute, Bill Starnes was asked to serve as president of MMC. He accepted the post in 1973 becoming the 27th President and served for 11 years doubling the size of the college campus and setting the stage for the college to become a four-year institution. The Bill and Rosemary Starnes Student Union Building located on the campus is named in honor of her mother and father.

Martin attended MMC from 1977 to 1979 where she received her Associates Degree. As a member of the Alumna Association, she has been an avid supporter of the school’s activities and fundraising efforts and is currently assisting in marketing and PR efforts for the school’s historic Sesquicentennial milestone set to take place in 2020.

“I am incredibly humbled and honored to have been elected to Martin Methodist College’s Board of Trustees” Martin said. “My family moved to Pulaski when I was 16, and I had many years to come to understand the kind of welcoming, family-oriented campus the college is all about. It is the only four-year institution serving an 18-county area, and more than half of the students who enroll are the first in their entire families to seek higher education. Being a part of that and assisting hundreds of young people find their vocation and turn it into a lasting career is thrilling to me.”

Martin is the founder and owner of Martin & Co., a full-service advertising agency specializing in the automotive aftermarket, and a former SEMA board member. 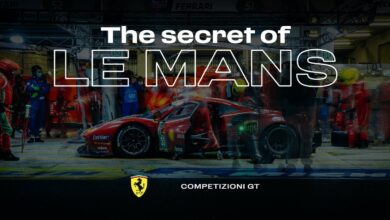 Ferrari: The Secret of Le Mans