Three students from WyoTech, an automotive, diesel, and collision trade school, have received scholarships from the Jessi Combs Foundation (JCF), the school announced.

Maggie Daskam, Jade Bovee and Kaygen Bogle all received the award, which is one of the ways JCF aims to fulfill its mission to educate, inspire and empower the next generation of trailblazing and stereotype-breaking women, the organization said.

“From a very young age, my grandpa would always talk to me about the cars he used to have, which made me want a car of my own. So I just started working till I could afford to get a goal car for me. And once I did, it seems I’ve been fixing things on it ever since. Not only did I learn a lot from it right away, but it also helped me realize I liked working on vehicles,” said Daskam, who is a member of the Women of WyoTech group. “Deciding to go to WyoTech was a lot of things for me. I learned lots through my diesel core classes and have been loving my specialty classes—High Performance Power Trains and Chassis Fabrication.”

“I feel honored receiving the support from a very inspirational and well-known name,” said Bovee, who enrolled in WyoTech in September 2021 and began classes in October. “The Jessi Combs Foundation thrills me and very much inspires me to explore and get my name known the same way Jessi did with ‘the fastest woman on four wheels.'”

According to Bovee, her creativity sparked her interest in the automotive field and to seek out WyoTech to pursue her interests. “Especially going into the auto body field, I can show and express my own creative ways with cars,” she said. “I chose to attend WyoTech because their curriculum stands out from other trade schools and programs for my specialty.”

“My family has always worked on cars, and we spend Sunday mornings watching car-building shows like the ones Jessi starred in,” said Bogle. “WyoTech offers everything I want in a school. This is a hands-on learning environment, and I didn’t want the ‘normal’ college experience. I wanted to be with students like me.”

The Jessi Combs Foundation was founded in 2019 in honor of the late Jessi Combs, a WyoTech graduate. 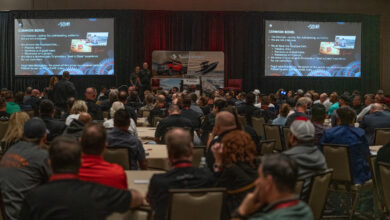 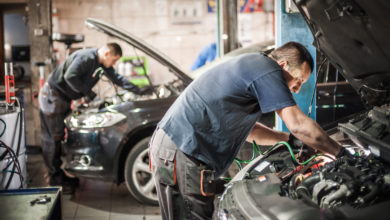 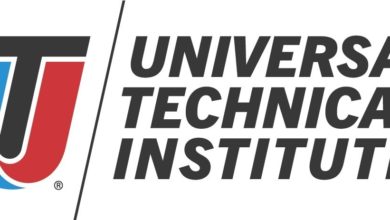 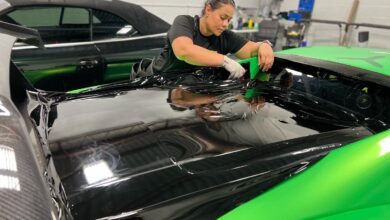