Worksport, through its wholly-owned subsidiary, Worksport New York Operations Corporation, has completed the purchase of a manufacturing facility in upstate New York, the company announced.

The facility will house manufacturing for its new SOLIS solar cover, which utilizes the Company’s TC3 truck bed cover as its base, the company said.

Located in West Seneca, a suburb of Buffalo, New York, the facility was purchased for $8.125M USD. The facility is 152,847 square feet and features a 17,229-square foot automated storage & retrieval system, or AS/RS, that stands 90 feet tall.

“With all the manufacturing issues plaguing multiple industries today, from supply chain issues to the risk of IP being compromised, on-shoring production to a facility we own is the next logical step in Worksport’s growth strategy,” said Steven Rossi, Worksport CEO. “Establishing a solid foundation in this particular phase of the business is invaluable and very exciting for the Company.”

Worksport will begin setting up machines that have been purchased over the last several months, including an Emmegi milling line, fabric cutter from Gerber Technology and a fully automated bending machine from Prima Power, the company said, and plans to be operational within three months and running at full capacity by the end of 2022. In the interim, 30,000 square feet of the building is leased to Sonwil Distribution until Dec. 31. 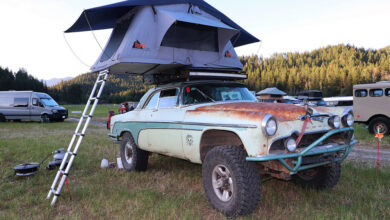