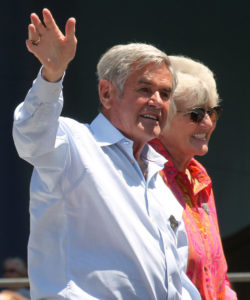 Motorsports legends Al Unser, Sr., and Al Unser, Jr., will help kick off the Performance Racing Industry (PRI) as the featured guests of the Dec. 6 Grand Opening Breakfast presented by MAVTV. The PRI Show is set for Dec. 6-8 at the Indianapolis Convention Center in Indiana.

Doors for the breakfast open at 7 a.m., and the program begins at 8 a.m. PRI attendees are admitted to the breakfast free of charge, but guests are advised to arrive early, as seating is available on a first-come, first-served basis, according to the group.

During his legendary racing career, Unser Sr. won the Indianapolis 500 four times and earned three Indy car championships (1970, 1983, and 1985). In 1990, Unser Jr. joined his father as a series champion before joining him as an Indy 500 winner in 1992. The younger Unser went on to win a second series championship in 1994, a season in which he also won the second Indy 500 of his career.