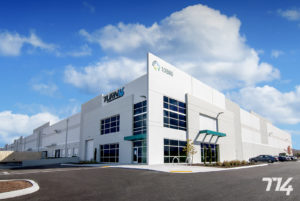 Turn 14 Distribution has opened its new Reno Distribution Center in Nevada. The now-operational facility takes up a 178,000-square-foot footprint at 10880 Lear Blvd in Reno.

Turn 14 Distribution’s move from a smaller manual facility to the larger conveyor-based distribution center brings the Reno location up to speed with the specialized distribution systems already at work in company’s the Pennsylvania and Texas locations. This will allow Turn 14 Distribution to continue to integrate systems for optimal function and increased order efficiency, according to the company.

Not only will this new Reno Distribution Center be more technologically savvy than its predecessor, it boasts a larger square footage compared to the previous Reno facility. This gives Turn 14 Distribution the ability to supply its customers in the western U.S. with access to expanded stock and product availability, according to the company. Utilizing the full function of this three-facility distribution network will allow Turn 14 Distribution to provide improved shipping times across the country.