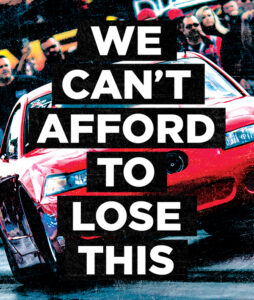 Performance parts distributor Turn 14 Distribution has launched a marketing campaign to support the Racing Enthusiasts and Supplier Coalition (RESC), of which the company’s CEO Jon Pulli is co-chair, as the coalition brings a petition against the U.S. Environmental Protection Agency (EPA) regarding the conversion of street cars into dedicated racecars, the company announced.

RESC’s petition against the U.S. EPA is to determine if the agency has the authority to prohibit any individual from disabling, removing or rendering inoperative emission controls on an EPA-certified motor vehicle that is being or has been converted for racing and will no longer be used on public roads, the organization said. If granted the authority, this interpretation would render most racecars in the U.S. illegal, impacting the vehicle owners, shops, manufacturers and distributors who use, install or sell related products, the RESC said, and would eliminate any prospects for amateur racers to enter motorsports affordably.

“The future of amateur racing is at risk. RESC was founded to give voice to the multitude of potentially affected participants, enthusiasts, and businesses. It’s critical that we act now to protect our sport and one of America’s oldest and greatest pastimes,” said Greg Neuwirth, co-chair of RESC.

Click here to learn more about the RESC or to make a donation to the organization.