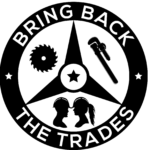 Called Bring Back the Trades, the organization will award nine $1,000 scholarships a year to students attending trade school. The fund is supported by individual donors and merchandise sales.

In 2018, Turner began selling hats and t-shirts with the phrase “Bring Back the Trades” emblazoned on them to raise awareness about a shortage of skilled workers.

Click here to read the full story on The Hog Ring.