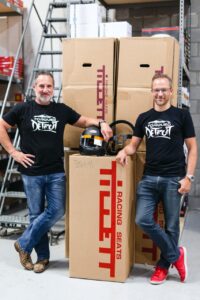 “We’ve doubled the number of brands on our line card in the last year and we’re adding new dealers every day. Expansion has always been in the business plan, and we’re elated to have a footprint in the Motor City,” said Tim Trampedach, Torqued Distribution CEO.

“We’ve got the Detroit Grand Prix, M1 Concourse, Woodward Ave, the Big 3 and the new SEMA Garage just down the road,” said Lou Lobsinger, Torqued Detroit’s general manager and head of sales and marketing for the company. “There is no better place to be than here in Detroit, especially as we introduce new technology through our WaaS and NC3PL programs.”