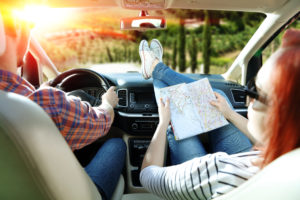 The data shows that while 10% of Americans don’t feel safe in any mode of transportation right now, 80% feel safe while in cars. In addition, nearly three in four Americans surveyed reported using their car as a mental health escape while in quarantine. The results also show that despite their differences, liberals and conservatives are aligned when it comes to using their cars for acts of kindness, such as delivering groceries to those in need and using money that would normally go toward gas to support small businesses in their local economy.

“While COVID-19 has made public transportation a non-starter for most Americans, an overwhelming majority of us are looking to our personal vehicles to provide safety and peace of mind during essential travel – and even to serve as escapes from the stresses of this moment,” said Georg Bauer, Fair’s Co-Founder and President. “While we all look forward to whatever ‘normal’ will look like post-pandemic, it’s clear that our cars will remain a staple of our American life for a long time to come.”

The Fair-sponsored survey also found that the pandemic has heightened Americans’ fears regarding public transportation. The survey results showed the following:

Along with helping people feel safer on their daily commutes and errand-running, more Americans are turning to their cars to be a personal safe haven. During the recent periods of sheltering at home:

Americans may have different opinions about how the pandemic is being handled by government leaders, but they are united on the idea that cars can be a source of social good and service during this time. According to the survey:

According to the survey, Americans aren’t optimistic about the prospect of resuming their normal transportation habits – even into next year: