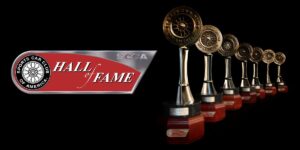 The Sports Car Club of America (SCCA) is accepting nominations for the 2023 SCCA Hall of Fame class until June 15, the organization announced.

Club members are encouraged to nominate those within the SCCA who have made a significant contribution to the Club or to the world of motorsports in general, the organization said, with eligible nominees coming from any era of the SCCA’s 80-year history.

Nominations must be submitted by the June 15 deadline to SCCAHoF@scca.com. Nominations may also be mailed to: SCCA Hall of Fame, 6620 SE Dwight Street; Topeka, KS 66619.

Those submitting nominations should include their own email address, phone number or mailing address in the event they need to be contacted for more information about the nominee, SCCA officials said. Members are also encouraged to submit nominations throughout the year, regardless of the deadline, the organization said.