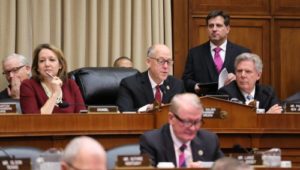 The RPM Act has advanced from the Energy and Commerce Committee and is headed to the House of Representatives for consideration. The committee voted on Wednesday, Dec. 6, to approve the bill with 33 yes votes and 20 no votes.

“Throughout this Congress, these subcommittees have been working diligently and in a bipartisan manner to develop legislation that prioritizes the consumer, supports American business, and protects the environment,” said Chairman Greg Walden (R-Oregon).

The Recognizing the Protection of Motorsports Act of 2017 (RPM Act) currently has 141 sponsors (125 Republicans and 16 Democrats) from 36 different states. The bill, introduced by Rep. Patrick McHenry (R-North Carolina), would amend the Clean Air Act to allow the modification of a vehicle’s air emission controls if the vehicle is used solely for competition. It was originally introduced in 2016 after EPA removed a proposed regulation challenging the legality of modifying street cars for racing.

EPA had sought “to clarify that the Clean Air Act does not allow any person to disable, remove, or render inoperative (i.e., tamper with) emission controls on a certified motor vehicle for purposes of competition.” That language was removed from a July 2015 document proposing new rules for heavy-duty vehicles, but lawmakers still drafted the RPM Act, citing EPA’s changing interpretation of the Clean Air Act.