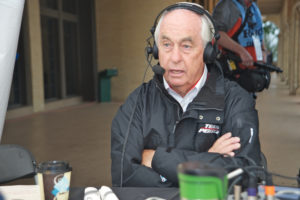 President Donald Trump said that Roger Penske will receive the Presidential Medal of Freedom later this year. Trump made the announcement on June 20 while taking questions from the press in the Oval Office during Canadian President Justin Trudeau’s visit.

Trump’s full remarks about Penske, as provided by the White House, are as follows:

“Roger Penske is a great gentleman who has won 18 Indianapolis 500s. He’s won-just won Daytona. He won Daytona.  He won Indianapolis. He won probably more than anybody in the history of racing. I can’t imagine anybody even being close.

“He’s very deserving. He’s a great gentleman. I’ve known him a long time. And a very brilliant guy. When you think of all the countries that want to win Indianapolis and Daytona, and they fight and they spend-even Canada; they spend a lot of money and they…

“And, you know, when a man wins Indianapolis, when he wins it 18 times-and he just won the Daytona. And he won many things over the course of years, and he’s become a very successful man.

“We talked about electric cars today. I think nobody knows more about that subject, in terms of common sense, than Roger Penske  So Roger Penske will be getting and receiving the Presidential Medal of Freedom.”