Porter is the second Purple Heart Medal recipient to receive a custom vehicle built by Nexen Tire as part of its initiative to honor veterans. The program last year delivered a 2018 Dodge Challenger R/T to Purple Heart Medal recipient and retired Marine Cpl. Steven Diaz. Nexen Tire has received thousands of nominations from across the country highlighted incredible stories of heroism, patriotism, and sacrifice during the past two years.

Porter’s military career spanned nearly three decades, and more than half spent of it was with special forces. He volunteered for the elite 75th Ranger Regiment and completed the Special Forces Qualification Course to earn the U.S. Army’s coveted Green Beret.

In 2004 during Porter’s second combat tour in Iraq, Porter was returning to base after a combat operation in Fallujah when an Improvised Explosive Device (IED) detonated under his vehicle. Not only did the IED explosion spawn an ambush of the convoy, Porter absorbed the full impact of the explosion to his face, resulting in a near-death experience.

After multiple surgeries to restore his ability to eat and breathe on his own without assistance, Porter courageously returned to active service to rejoin his unit. Porter completed two additional tours to Iraq before retiring in 2013. The injuries sustained by the IED explosion has required more than 33 surgeries and for his actions in combat, and Porter was awarded the Purple Heart Medal.

Porter continues to serve the country as a civilian role as an exercise planner for the U.S. Army. He is happily married, has two children and resides in Fort Bragg, North Carolina.

“It’s an unbelievable honor to be selected by Nexen Tire and the Purple Heart Foundation as the recipient of the Nexen Tire Jeep Gladiator. To me, this custom Jeep is more than just a cool vehicle-it’s a symbol that helps bring awareness to the thousands of combat-wounded veterans across the nation,” Porter said. “Like me, these brave veterans have suffered unbelievable injuries on the battlefield, and it’s humbling to see organizations like Nexen step up and join the Purple Heart Foundation to help share our stories to help improve the lives of wounded veterans.”

“Brian’s story exemplifies what the Nexen Hero program is all about-”courage, sacrifice and bravery in the face of insurmountable odds. The entire Nexen organization is in awe of these veterans’ stories and it was a privilege to hear Brian’s story during the evaluation process,” said John Hagan, executive vice president of sales for Nexen Tire America Inc. “His narrative of heroism and valor truly demonstrates the traits of a Nexen Hero.”

Representatives of the Purple Heart Foundation are an integral part of the Nexen Hero program, according to Nexen Tire.

“Working with Nexen Tire has helped raise tremendous awareness for courageous individuals like Brian Porter who have fought for our country and deserve to be recognized for their sacrifices,” said Stephen Ruckman, CEO of the Purple Heart Foundation. “Brian served our country for nearly three decades and even though he deals with the effects of his battlefield wounds on a daily basis, he continues to work for the U.S. Army as a civilian, representing the unwavering commitment of our Purple Heart veterans to the nation.”

As part of the Nexen Hero Gladiator Build, Nexen Tire partnered with several leading automotive aftermarket companies to help transform the Gladiator into a vehicle fit for a Purple Heart recipient. Nexen enlisted the help of famous customizer Kenny Pfitzer of Zero to 60 Designs for a second time to spearhead the build of the unique vehicle which features 35-inch Nexen Roadian MTX Xtreme off-road tires.

For more information on the Purple Heart Foundation, visit purpleheartfoundation.org. 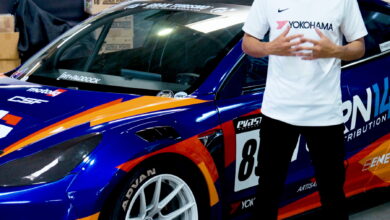 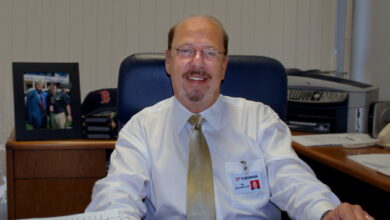 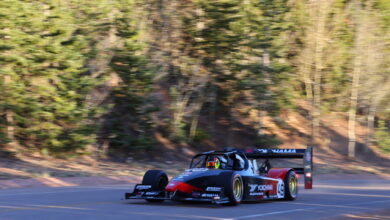