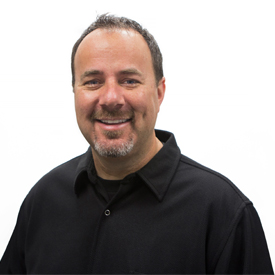 Jay Tilles, a radio personality and major gearhead has joined Banks Power. Known as Lightning on the airwaves, Tilles fills the position of brand manager and will lead the charge in the roll out of a comprehensive line of new Banks Power hardware, electronics and high-performance engines.

Known internally as “2020 Vision,” the Banks Power plan initiated its roll out this January to cover products and applications ranging from sports cars to medium trucks to RVs and marine. Both gasoline and diesel applications will be covered on-highway, off-road, as well as fresh water and offshore.

Tilles will oversee these launches as well as racer and influencer outreach. His extensive media experience is wildly varied, having 26 years under his belt with the likes of KROQ-FM’s Kevin & Bean Show and CBS Digital. He has also booked just about every major celebrity, hosted hundreds of events and has been the spokesman for dozens of major advertisers.

Tilles also has produced live broadcasts, streaming concerts, collaborated with major record labels and movie studios, worked with one of the industry’s most revered music programming staffs and assisted his station with new music discovery. All the while, he was also managing a staff of writers and content creators, according to Banks Power.

“There was no way I could pass up this once-in-a-lifetime opportunity to join one of the automotive industry’s most revered brands,” Tilles said. “Gale Banks is known worldwide for designing and manufacturing the most advanced engines and performance parts. More than just a living legend who’s broken dozens of records and built a revered company, Gale has mentored some of the most brilliant minds working in the automobile industry today. I’m so honored to be welcomed into this elite team of innovators.”

“2018 marks our 60th year in business and it’s really starting to get interesting,” said Gale Banks, CEO and president of Banks Power. “You can count on this, we’re going to take you all along for this ride. Jay intends to bring you inside our shop as we develop, test then head out to the track or down to the beach to lay down some horsepower! So, get ready to rumble, because Lightning’s in da house.“