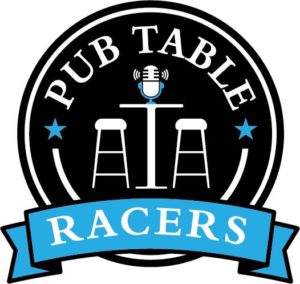 RacingJunk.com has entered into a new marketing partnership with Pub Table Racers, the online classified website announced. The two organizations will join forces for a cross-promotional campaign.

Pub Table Racers is a weekly Facebook Live show and website hosted by two NASCAR Industry insiders, Warren Brosel and Tim Packman. They cover NASCAR and Grassroots racing in a fun, informative and entertaining manner where viewership interaction is encouraged with their guests. In addition to original content, the site also has their merchandise and past episodes via their YouTube channel. Their podcasts are also available on Spotify, Google, Apple, Radio Public and Breaker.

“When we started this endeavor back in March, we had no idea Pub Table Racers would quickly become what it has, so far,” said Brosel and Packman. “We pride ourselves on featuring the unsung stars of the sport and bringing their intriguing stories to life.

“Now, to be partnered with a company with the caliber and industry connections like RacingJunk.com is pretty unbelievable. Our reach goes to all levels of racing and theirs is even greater. When we first started talking, we quickly realized our people are their people and vice versa. We look forward to growing even more with RacingJunk.com and welcome their followers to Pub Table Racers, and our followers to them.”

Mark Menadier, RacingJunk’s Business Development Manager adds, “RacingJunk is delighted to announce this partnership with Pub Table Racers. It aligns with RacingJunk’s goal of expanding its reach across new digital media avenues. The relationship will not only increase brand awareness for both parties, but also provide a unique opportunity to create original content together, that hopefully both audiences will want to engage in. It’s a real win for both of us and we couldn’t be more excited for what is to come. Stay tuned.”