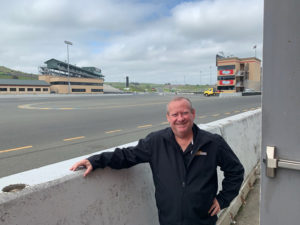 Kinnan has nearly 31 years of experience in the automotive publishing world, most recently serving as the editor of Mustang Monthly magazine. His magazine history includes the majority of the Motor Trend Group’s long list of automotive enthusiast magazines, most notably as the editor of Hot Rod magazine from 2004-2011. Kinnan was also a founding member of the National Mustang Racers Association (NMRA), serving as Editorial Director for both Race Pages and Fastest Street Car magazines, among many other event-related positions.

His knowledge of the street performance and heads-up drag racing markets is key to some new marketing strategies for ProCharger, the company says. Kinnan will be joining the team in the Mill Valley, California, office and will aim to expand ProCharger’s California presence, particularly testing and racing opportunities at Sonoma Raceway, where the company has a space for development vehicles. That will soon include the company’s latest project, a ProCharger system for the supercharged C8 Corvette, after initial testing at Heartland Motorsports Park near ProCharger’s Kansas City headquarters.

“I’m very excited to join the ProCharger and Inovair teams and be working with the world-class team of engineers, tuners, and racers here,” said Kinnan. “I’m on the other side of the fence now, moving from the editorial side to manufacturing, and I welcome the challenge. It’s going to be a blast.”