The organizations are urging North Carolinians to raise awareness of the bill by sharing articles and resources, posting on social media and writing legislators.

Performance Racing Industry (PRI) has joined forces with the North Carolina Motorsports Association (NCMA) to advocate for the Recognizing the Protection of Motorsports (RPM) Act, which was recently introduced to the U.S. House of Representatives.

Working with PRI, NCMA is actively fighting against the Environmental Protection Agency’s (EPA) National Compliance Initiative and is urging NCMA members and the North Carolina motorsports community to join in RPM Act Week on Aug. 2-6, the organization said. North Carolina is home to over 50 racetracks and over 30,000 motorsports jobs.

During RPM Act Week, PRI and NCMA are urging North Carolinians to raise awareness of the bill by posting on social media, linking to articles and writing legislators to support the bill and pass it into law.

“Motorsports has a long history as an American tradition, and yet the industry is at great risk,” said David Miller, NCMA executive director. “Working with PRI and the entire motorsports community, we will be able to make our voices heard and protect the hobby well into the future.”

The RPM Act is a bill that will clarify that it is legal to convert street vehicles into dedicated race cars, and it ensures that motorsports parts businesses can legally produce, market and install racing products, PRI representatives said.

The bipartisan bill was recently introduced in the U.S. House of Representatives by Rep. Patrick McHenry (R-NC), with Rep. Richard Hudson (R-NC) serving as the lead Republican cosponsor. Senator Richard Burr (R-NC) is serving as the lead sponsor of the RPM Act in the U.S. Senate and is working closely with the Senate Environment and Public Works Committee to position the bill for reintroduction and passage in 2021, PRI said. Sen. Thom Tillis (R-NC) has served as an original cosponsor of the RPM Act and is a supporter of the legislation.

Supporters can write to their legislators by clicking here. 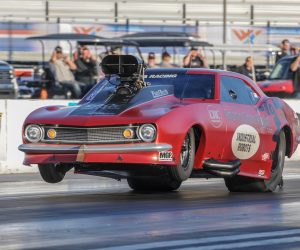