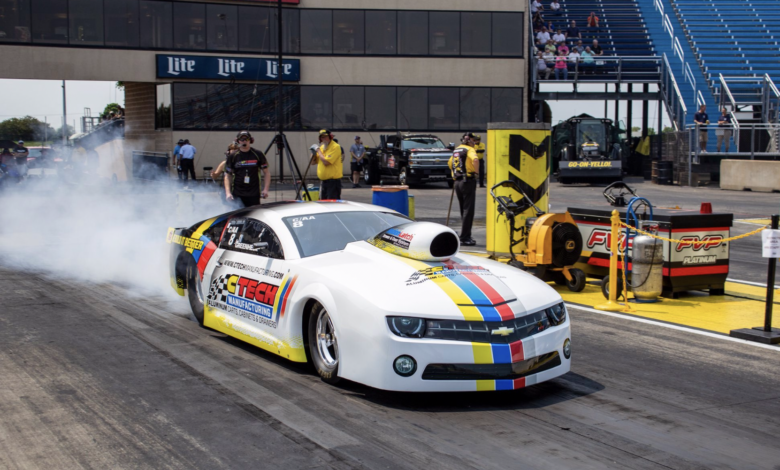 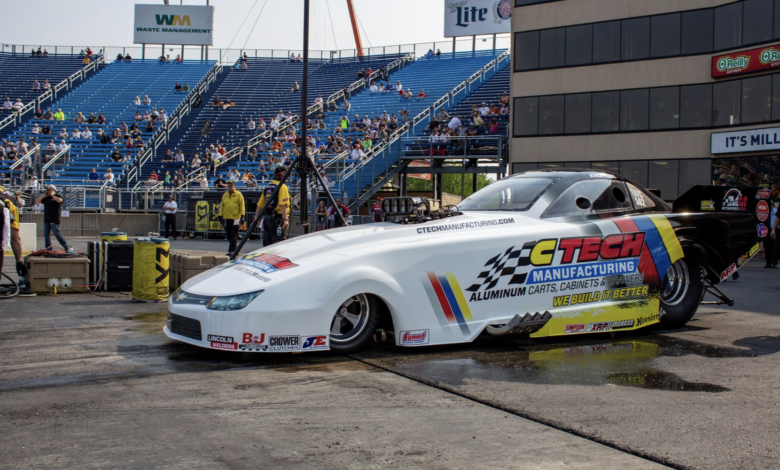 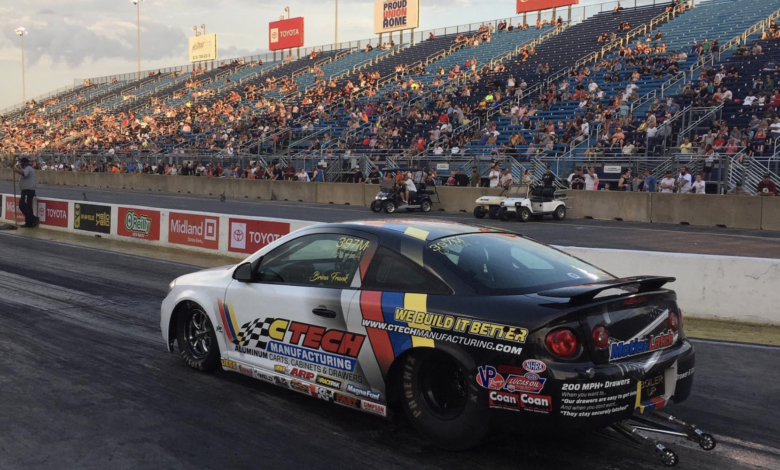 Three race teams this season have cars to match their CTech sponsorships.

As a long-time drag racer, Greenheck places heavy emphasis on supporting racers across the country with the help of the CTech name. While drag racing in the ’90s, also with a Chevy Camaro, Jim founded CTech after developing an upgraded trailer cabinet system for his own use. He found that he could build better, tougher, higher-quality cabinets than anything on the market.

The successful duo of Kris and Kevin Hool are displaying full CTech colors for the first time on their TAFC Camaro this year after upping their partnership terms with CTech for this season.

“As a crowd favorite, and the epitome of professionalism on and off the strip, CTech is proud to be supporting the Hool brothers as they battle for TAFC honors around the country,” the company wrote in a press release.

Brina Frank (Splingaire) began racing at 8 years old in the NHRA Jr. Racing League, and has since become one of the winningest female sportsman drivers in NHRA competition. Brina is also sporting new CTech colors on her beloved ‘Chi-Town Shaker’ Chevy Cobalt SS racer as she hopes to wheel herself back to victory lane in NHRA Division III competition.