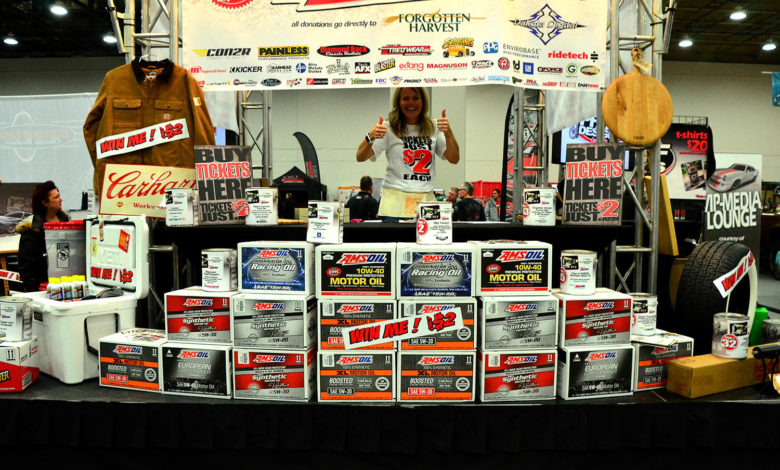 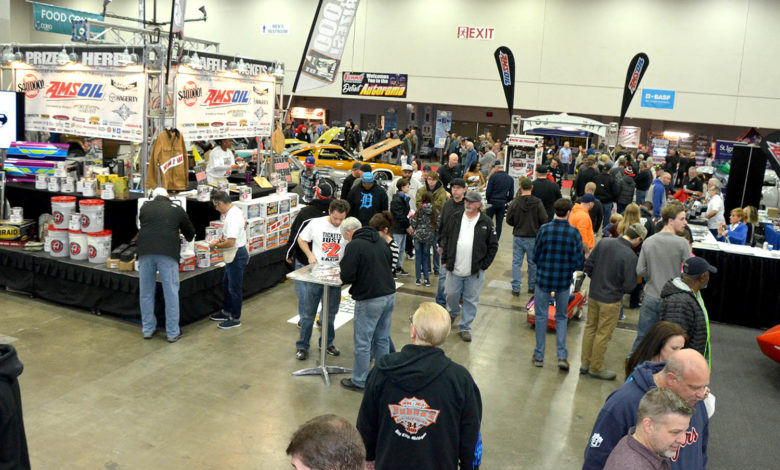 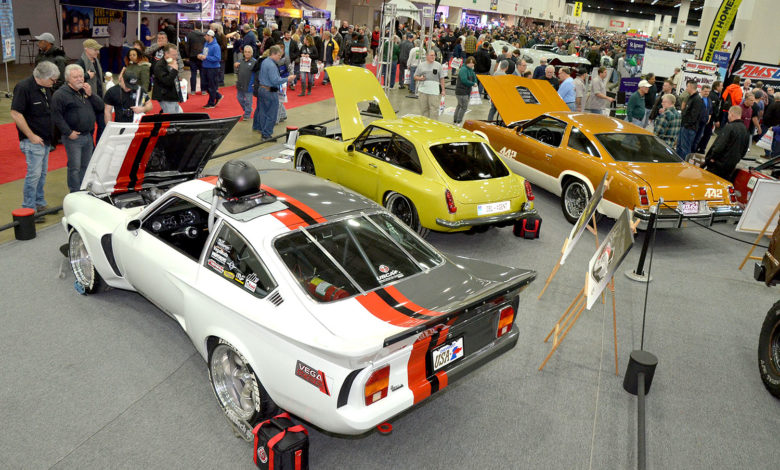 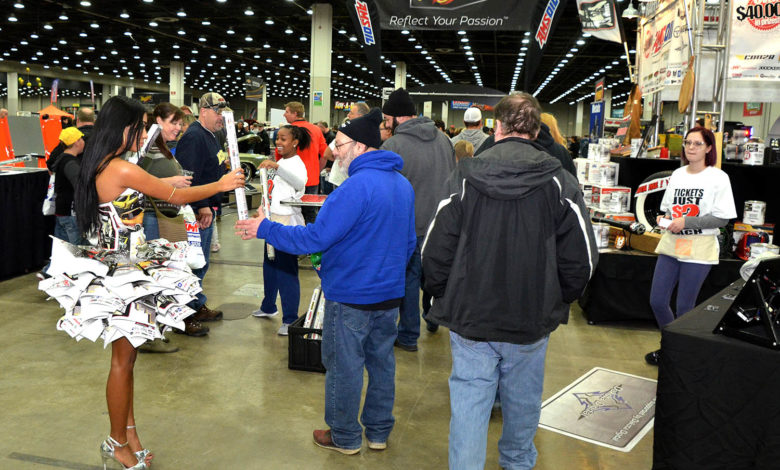 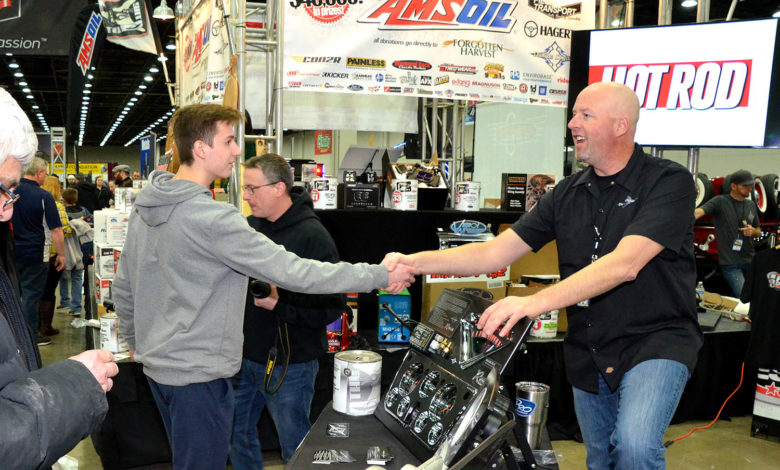 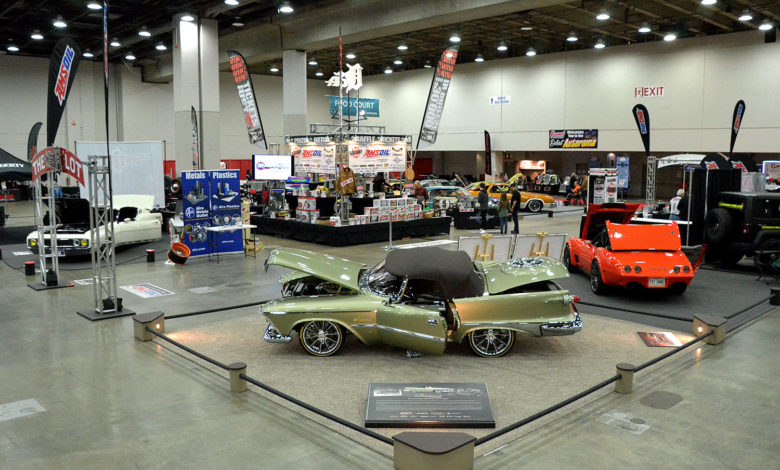 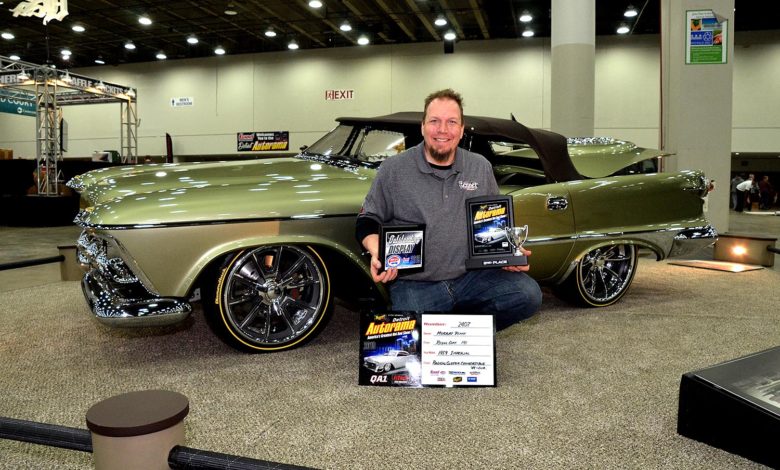 The D Lot booth at Detroit Autorama put all of its 7,000-square-feet to work. The space featured nine eye-popping customized vehicles, a product showcase and fundraiser to feed the hungry.

The D Lot is organized by custom hot rod designer Murray Pfaff, who displayed his very own Imperial Evolution in the booth. For six years, Pfaff has leveraged his Autorama booth to raffle aftermarket products with all proceeds going to Forgotten Harvest, a nonprofit food rescue.

“We displayed and featured over $40,000 in products and services and gave it all away to over 75 very happy winners,” Pfaff said. “The crowds at the Detroit Autorama were huge all three days and helped us set a new record for money raised for Forgotten Harvest: $13,000. That money will in turn rescue tons of perishable food and generate over 52,000 meals for the hungry.”

Raffle ticket sales were brisk, as evidenced by the new fundraiser record, with one supporter buying more than $1,000 in tickets, and several others spending more than $100.

“Many of the one-gallon raffle cans were stuffed to the brim with hopeful winning tickets,” Pfaff said. “While I was originally concerned about the new front-row corner location (for the D Lot) in COBO Hall, it appears to have funneled the majority of show traffic right down our main aisle, where the Forgotten Harvest volunteers did a great job informing spectators of the prizes to be won for only a $2 donation.”

“As far as awards, four of the cars (in the booth) placed second, two received outstanding awards, and Gerry Abbett’s Corvette Roadster took a first in class,” Pfaff said.

For additional information, check out the D Lot’s Facebook page at www.facebook.com/thedlot.