The Outdoor Recreation Roundtable (ORR) applauded the release of the first-ever government report recognizing the outdoor recreation industry as a significant economic contributor to the U.S. Gross Domestic Product (GDP). ORR is composed of 19 trade groups and associations, including SEMA.

Released by the Department of Commerce’s Bureau of Economic Analysis (BEA)-the government agency responsible for reporting U.S. GDP-the report calculated the outdoor recreation industry’s annual gross output to be $673 billion, surpassing other sectors such as agriculture, petroleum and coal, and computer and electronic products. The report marks a critical step forward for the outdoor recreation industry by formally recognizing its economic influence, according to ORR.

“Today’s report affirms what those of us in the outdoor community already know-outdoor recreation has a far-reaching positive impact across the U.S. and our economy,” said Thom Dammrich, ORR chair and president of the National Marine Manufacturers Association. “As an industry, we are proud to generate millions of American jobs and be a driving economic force from coast to coast, and we are grateful that BEA and the Department of Commerce have decided to recognize that. This report is further evidence of the need for sound public policy that encourages continued growth in the outdoor recreation industry.”

“This is a welcome signal of the critical economic role outdoor recreation plays in the United States,” said Frank Hugelmeyer, ORR vice chair and president of the RV Industry Association. “We are thrilled to represent a rapidly growing industry that helps keep America’s economy strong and brings enjoyment to millions of Americans. Given the right public policies, outdoor recreation will continue to be an American economic engine for years to come.”

ORR was formed this month with the merger of the Outdoor Recreation Industry Roundtable, a coalition of America’s leading outdoor recreation trade associations, and the American Recreation Coalition, an organization of recreation interests that has had a significant and positive impact on outdoor recreation for more than three decades. ORR is committed to advancing the basic elements needed to grow this vital economic sector, including sound and sustainable management of U.S. public lands and waters, and updating infrastructure and technology on those lands to create quality experiences in response to changing recreation preferences. 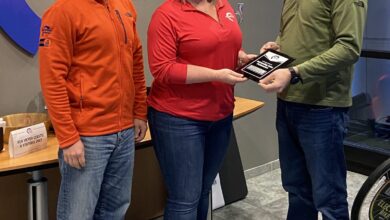