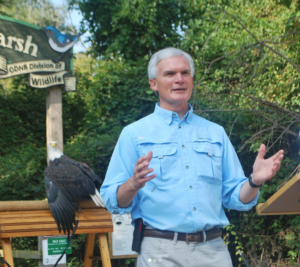 EDITOR’S NOTE: Rep. Bob Latta (R-Ohio) last week penned an op-ed on the SELF DRIVE Act, a legislation passed by the U.S. House of Representatives setting rules for the development of self-driving cars. Rep. Latta also serves as chairman of the Digital Commerce and Consumer Protection subcommittee. The op-ed, originally printed by the Eno Center for Transportation think tank organization, is presented below in full:

Nearly 50 million Americans, myself included, will travel over the next week to visit friends and family for Thanksgiving. Some of us will head just down the street, while others will make longer trips across the country. About 90 percent of that holiday travel will be by car.

Unfortunately, this uptick of activity on the roads means an increased risk for accidents, particularly involving distracted and drunk driving. Tragically, more than 37,000 people lost their lives on America’s roadways last year. In my home state of Ohio, the number of traffic deaths is on the rise, too, due to the prevalence of distracted driving.

However, there is good news on the horizon. We don’t have to accept a world where millions of accidents and tens of thousands of fatalities on the road are a necessary evil of driving. As advanced collision avoidance systems and self-driving technologies are developed, we can see a solution to a problem that for too long as just been accepted as a risk of transportation. With 94 percent of car accidents attributable to human error, self-driving cars could take distracted, drunk, or reckless driving out of the equation.

That’s where the SELF DRIVE Act comes in.

The SELF DRIVE Act is legislation I authored, and the House of Representatives passed, which will help ensure the safe and innovative development, testing, and deployment of self-driving cars across the country. Most important, these vehicles could make an incredible difference in making our roadways safer.

As Chairman of the Digital Commerce and Consumer Protection Subcommittee of the Energy and Commerce Committee, we’ve held multiple congressional hearings and over 300 briefings with experts, industry stakeholders, and my colleagues to gain needed insight while crafting the bill. The process for writing the SELF DRIVE Act was truly an example of bipartisanship at its best. Our main focus has been – and will continue to be – striking the balance between ensuring consumer safety, and encouraging innovation in this emerging industry.  As I’ve said many times throughout this process – safety first, safety last, safety always.

The United States has the best automakers, technology companies, and workers in the world – and to remain a global leader in this field, we must encourage the development of self-driving cars here in America. Overall, the auto industry drives $953 billion into the economy each year, and employs over 1.5 million people. These jobs go well beyond Silicon Valley. I’m especially proud Ohio and the entire Midwest are leading the country in the testing and development of this technology.

Notably, the SELF DRIVE Act received support from all areas of the political spectrum. It passed both the Energy and Commerce Committee and the House of Representatives with unanimous votes. At a time when Congress can’t agree on what to eat for breakfast, every member of the House was on board for this needed legislation. It’s now important that the Senate pass this legislation so we can get it to the President’s desk.\

The SELF DRIVE Act will unlock the potential of self-driving cars to make America’s roads safer, create new economic opportunities, and help seniors and those with disabilities live independently. While these vehicles won’t be on the market for your travels this holiday season, the technology is not very far away. So maybe in a few years, after a healthy serving of turkey and some mashed potatoes, you can jump in the car, relax and let the car do the driving on the way home from your family’s Thanksgiving dinner.