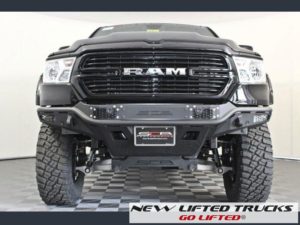 Conversions For Sale, a company that markets specialty vehicles to consumers with a focus on the new lifted truck market, has launched newliftedtrucks.com, an online vehicle marketplace for new lifted truck dealer listings.

Designed to educate consumers about the new lifted truck market, the website includes information on authorized upfitters and the products they offer, according to the company. The goal is to directly connect consumers to dealerships that stock new lifted trucks and actively promote the market.

“Despite the new lifted truck products being in the marketplace for almost a decade, consumer awareness of the market is nonexistent,” said David DeSantis, founder of Conversions For Sale. “As of yet, the growth potential of this market is still untapped.”

The company states the total addressable market in 2018 for vehicles that could be sold as new lifted surpassed 3.4 million units, but due to a lack of consumer awareness, the new lifted truck market penetration is estimated at under 10,000 units per year.

“I predict the growth potential of the new lifted truck market to be 5 to 7 percent of the total vehicles that could be sold as new lifted,” DeSantis continued. “That would be 171,000-240,000 units per year, and this is not a far-off estimate when you consider that in 1989 at the peak of the conversion van market, there were over 200,000 vans sold in that year.”

He further believes new lifted trucks can be viewed as another trim level by consumers interested in purchasing a new truck or large SUV, and that manufacturer rebates and incentives can significantly offset the upfit package price for consumers.