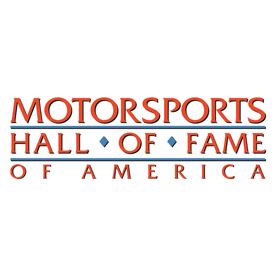 “Our inductee classes are always intriguing but this year is even more so,” said Ron Watson MSHFA president. “Howard Hughes and Jeff Gordon in the same class-that is probably the best example we’ve ever had to illustrate the breadth of our inductee roll.”

The MSHFA, which in recent years has hosted its induction in July, has moved the date for this year’s ceremony. The switch puts the induction amid a bevy of March motorsports activity in Florida. The IndyCar Grand Prix of St. Petersburg, the Amelia Island Concours D’Elegance, the NHRA Gatornationals in Gainesville, the 12 Hours of Sebring, plus the AMA DAYTONA Supercross, American Flat Track’s DAYTONA TT and the DAYTONA 200, as well as Bike Week in Daytona Beach, will all take place in a 10-day period that includes the MSHFA induction.

The induction ceremony will be preceded on March 12 by the annual Heroes of Horsepower Reception and Dinner at the MSHFA Museum, located in the Daytona International Speedway Ticket and Tours facility.

MSHFA provided the following miniaturized biographies of each 2018 hall of fame inductee.

Tickets for all 30th annual MSHFA induction activities can be purchased by calling 386-681-6843, or visiting the MSHFA website at mshf.com.