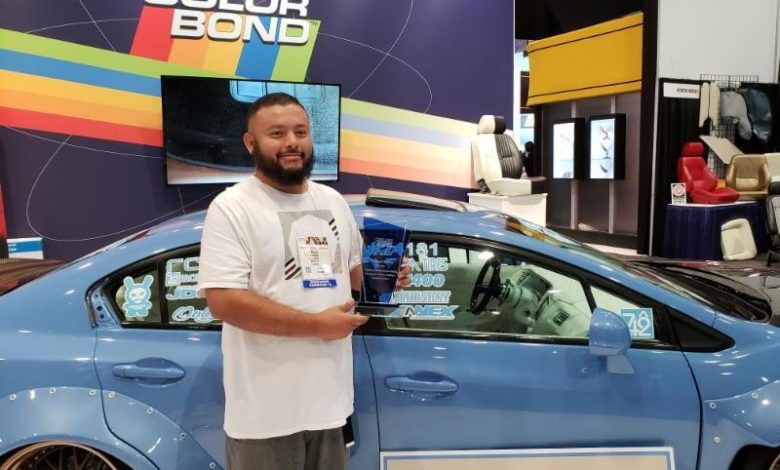 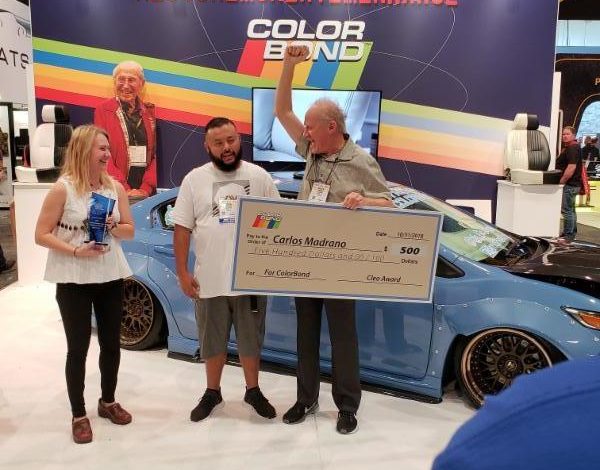 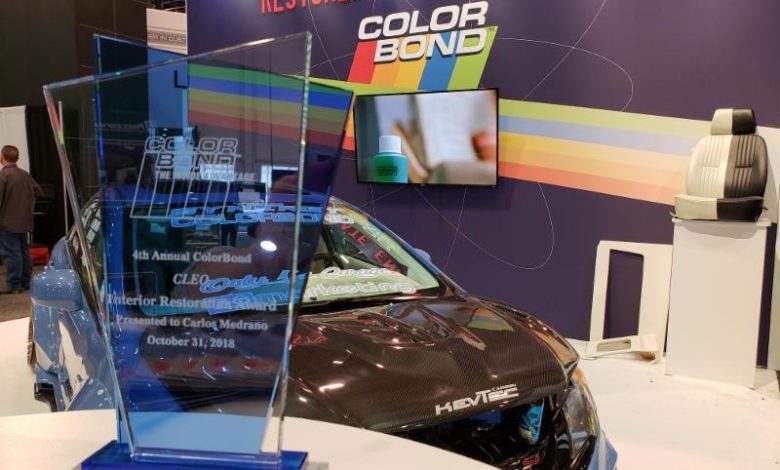 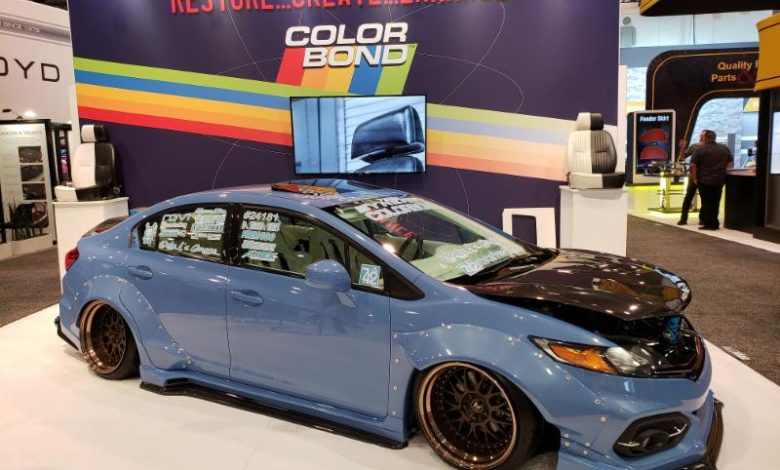 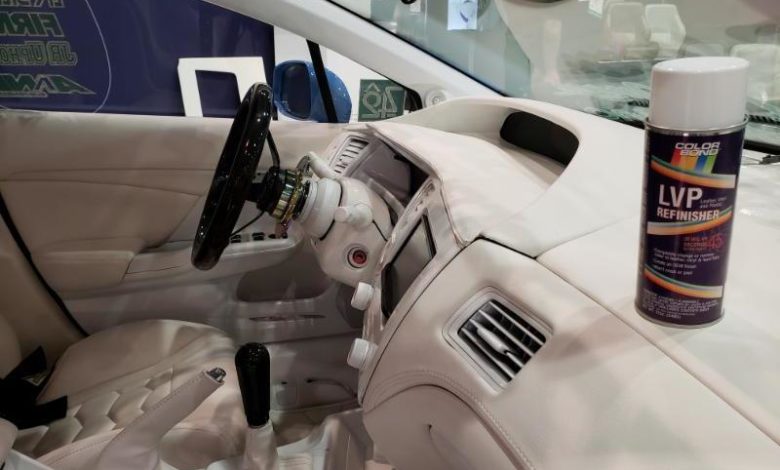 ColorBond Paint has named Carlos Medrano as the winner of the 2018 ColorBond CLeo Award. The award recognizes individuals who show excellence using ColorBond car interior paint to restore or restyle a vehicle interior.

“The results Carlos achieved using ColorBond LVP Refinisher are beautiful and we are truly honored Carlos chose ColorBond to help convey his artistic expression,” the company stated in a news release. “Carlos’ 2013 Honda Civic Si turned out incredibly well and the colors go together beautifully. The interior that was originally teal and black and has been transformed to a stunning white. In 2016 Carlos won the CLeo Award with this same car. Of note, he was able to paint the ColorBond LVP Refinisher on top of that previously existing without any build-up or loss of surface detail.”

Carlos was presented with the award at the 2018 SEMA Shos during a special a special ceremony held in the ColorBond Paint booth in Las Vegas. See the vehicle in the photo gallery below.

“Thank you for the opportunity that ColorBond gave me. It was a pleasure and honor to represent the company once again. And the icing on the cake is being the proud recipient of the CLeo award for a second time. It’s priceless,” Medrano said.

The CLeo was established in 2014 to honor Mr. Leo Kagan who was responsible for moving the SEMA Show in 1977 from Anaheim, California to its current location in Las Vegas. Kagan is 102 years old and continues to work for ColorBond Automotive Paint.