The event, which will highlight cars from 1972 and earlier, will also feature an appearance from the Nostalgia Drag Racing League.

In addition to being polished up to show, many of the vehicles in attendance will take part in the on-track action as the racers of the Nostalgia Drag Racing League, Gasser Magazine Nostalgia Gas and Gasser Magazine Competition Gas categories will be racing.

Other activities on the schedule include the Smoky Burnout Contest, an Elvis Presley tribute concert by Walt Sanders and the Cadillac Band, a flame-throwing contest, a parade of neon lights and fireworks over the park.

Also, the presenting sponsor of the event, ScottRods Custom Hot Rods and Fiberglass, will be giving away a custom-built 1923 Ford C Cab, which was painted by Chills Body Shop. 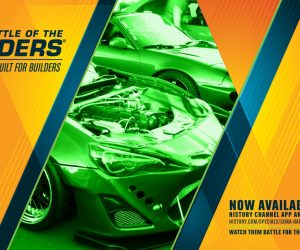 ‘Young Guns’ Selected for SEMA Battle of the Builders