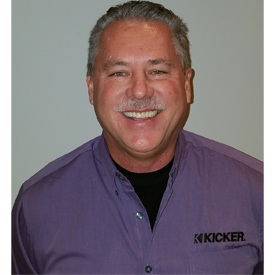 KICKER Performance Audio has promoted Tom Heath to vice president of domestic sales and marketing. He will assume those duties at the end of January.

Heath, a 37-year veteran of the mobile-audio industry, was hired by KICKER in February 2015 as national sales manager.

“Since he’s been here, he has proven that he is an exceptional communicator and a great leader,” said Jay Ralston, KICKER general manager. “We thought he was a great choice to take on this role.”

Heath is looking forward to the new position, and working with an accomplished marketing team that is heavy with industry experience, according to the company. A desire to understand the personalities, aspirations and strengths of each person is a high priority for him, both to nurture an open dialogue and to develop an employee’s long-term skill set.

“Our goal is to make you stop and pause-to inquire,” Heath said. “If you do that, the salespeople will take it from there.”

Heath has extensive experience on both the corporate and retail sides of the audio industry. Beginning his career in the St. Louis area, he began working at the retail level as a salesman, earning manager and district-manager’s responsibilities for large retail chains throughout the country.

Following a 13-year retail career, Heath transitioned to Santa Fe Sales, a Lenexa, Kansas, representative firm. Heath invested two decades into that field of the mobile-audio industry. His performance and leadership skills then attracted the attention of KICKER executives.

“I’ve worked with Tom for the last 17 years,” Ralston said. “We traveled a lot together during his time as a rep. I was always impressed with his ability to communicate and lead. I always thought that if there was ever the right spot for him at KICKER, we should ask him to join us.”