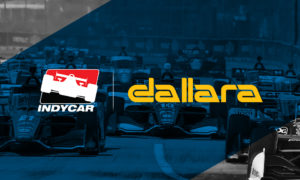 IndyCar has announced a multiyear extension with chassis manufacturer Dallara, continuing a relationship with one of its longest-running partners, the series announced.

“Dallara is a tremendous partner and instrumental in everything we do on the racetrack,” IndyCar President Jay Frye said. “An important part of the success and growth of the NTT IndyCar Series can be directly traced to Dallara’s collaboration with our entire paddock. This extension provides IndyCar and its teams continuity and a stable platform as we look well into the future.”

Dallara, an Italian company, first supplied driver safety cells for the INDYCAR SERIES in 1997 and has been the sole chassis supplier since 2008. In 2012, the manufacturer expanded its U.S. operations by opening the Dallara INDYCAR factory in Speedway, Indiana, where the company produces and assembles chassis for a variety of racing series, the company said.

“Dallara is honored to have been part of this journey for 26 years and counting,” said Andrea Pontremoli, Dallara Group CEO. “We understand the responsibility that comes in extending our partnership with INDYCAR over the course of the years to come and are excited to be part of this long-term plan.”