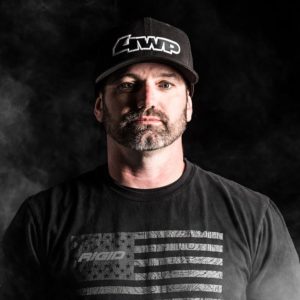 4 Wheel Parts President Craig Scanlon will try to become the first person to complete the Mint 800, an unofficial accomplishment earned by combining two Mint 400 races in two different classes on the same day. Scanlon’s attempt will be documented in a video series by 4 Wheel Parts that will chronicle his preparations..

The Mint 400 is renowned for its storied past and punishing profile. The desert race’s extreme terrain requires vehicles with suspensions that can cycle almost three feet of travel to handle speeds up to 140 mph on desert flats, over sandy whoops and through tight, rock-filled turns.

Scanlon, an experienced professional UTV race car driver, will attempt to complete the unofficial Mint 800 on March 10 with a UTV Pro class race in the morning followed by a Class 6100 Trophy Truck Spec race in the afternoon.

A new format change for the 2019 Mint 400 features two days of racing with both morning and afternoon sessions, opening up the possibility of competing in multiple pro level classes. Despite the logistical opportunity, the feat is audacious due to the sheer effort required to finish the course just once. Scanlon has been challenged to complete the course in previous attempts, but he is reinvigorated by an excellent result in the recent King of the Hammers UTV race and the chance to be the first to complete two full Mint 400 races in the same day, according to 4 Wheel Parts.

“Competition-both in business and on the track-has been a huge part of my life for the past eight years,” Scanlon said. “The passion for both is hard for me to put into words, but I can say the challenges and experiences we face in the boardroom and behind the wheel have made me a better employee and driver.

“I’ve learned that to be successful in either one you have to surround yourself with the very best people who are equally as committed,” added Scanlon. “I am fortunate to have that and am very proud to represent all the great men and women of our company and on our outreach site The Dirt by 4WP.”

Scanlon is entered in the UTV Pro Turbo class in his #931 Scanlon Motorsports Polaris RZR XP4 Turbo and the 6100 Spec Truck class in the #6191 truck built by Rhys Millen Motorsports. He will be joined in the 6100 race by 4WP Official team drivers Sarah Price and Ted Moncure, the former making her first appearance at the Mint.

The three-part video series documenting Scanlon’s attempt at the Mint 800 will be rolled out on the company’s new content portal The Dirt by 4WP.

More than 25,000 fans will line up in Primm, Nevada during Mint Week to watch qualifying runs for Spec Trucks and Trick Trucks prior to racing on Saturday and Sunday. Thursday and Friday will be highlighted by the Mint 400 Off-Road Festival on Fremont Street in downtown Las Vegas, where 20,000 fans can enjoy food and music, look over pre-race vehicles and get autographs from their favorite drivers.