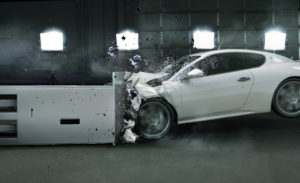 The proportion of U.S. teens killed driving older, smaller vehicles has remained virtually unchanged over the past decade, a new study from the Insurance Institute for Highway Safety shows.

More than a quarter of teen drivers killed in crashes during 2013-17 were driving micro, mini or small cars, and nearly two-thirds were driving 6-15-year-old vehicles, indicating almost no change compared with 2008-12. In both periods, fatally injured adults crashed in newer, larger vehicles much more often than teens.

Data on vehicle miles traveled from the 2017 National Household Travel Survey also suggest teens tend to drive older cars than adults, though the survey doesn’t include information about vehicle size. Teens logged more than half of their miles in vehicles more than 11 years old, compared with less than 30 percent for adults, the survey found.

“It’s understandable that parents don’t want to shell out big bucks for their teen’s first car, and they probably don’t realize how much safer a newer, larger vehicle is,” says IIHS Research Scientist Rebecca Weast, lead author of the paper. “Small vehicles don’t protect as well in a crash, and older vehicles are less likely to be equipped with essential safety equipment.”

A shorter front end means small cars offer less protection than larger ones, and their lesser mass means they absorb more force in collisions with larger vehicles. Newer vehicles are also generally safer than older ones, as safety technologies that were less common a decade ago, such as side airbags and electronic stability control, are now universal.

Previous research has shown that teens drive less than older drivers, but they crash about 4 times as often, relative to the number of miles they drive.

To address the problems with teen vehicle choice, IIHS began compiling a list of affordable and safe used vehicles for teens in 2014. This year, the Institute partnered with Consumer Reports (CR) to issue joint recommendations that incorporate CR’s reliability ratings, as well as the results of that organization’s emergency handling and braking tests.

To determine how often teens are killed in different types of vehicles, Institute researchers compared data on fatal crashes from the Fatality Analysis Reporting System with vehicle information from the IIHS-affiliated Highway Loss Data Institute for 2013-17. The data include information on the availability of front and side airbags and electronic stability control, as well as the age and curb weight of the vehicle.

The researchers examined how the vehicles involved in fatal crashes differed for drivers ages 15-17 and 35-50. They also compared their results to those from an earlier study of crashes that occurred in 2008-12 to find out if the types of vehicles that teens drive have changed over time.

These proportions changed little from 2008-12, though a greater percentage of drivers in all age groups were killed driving older vehicles during the current study period.

Teens were also less likely to be driving vehicles equipped with standard side airbags and electronic stability control (ESC) and more likely to be driving models on which those features aren’t even options. However, the difference between the number of teens and adults killed driving vehicles without ESC has narrowed since 2008-12 — most likely because that feature was mandated for all new vehicles beginning in 2012.

“Despite everything we know about young drivers and crash risk, teens are still driving the least safe vehicles,” Weast says.