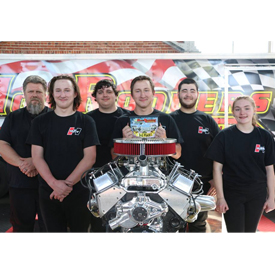 With the seventh event of the Hot Rodders of Tomorrow Engine Challenge season over, the program now finds itself halfway through the season. The Chattanooga Cruise-in HROT event in Tennessee on April 14 had an additional five teams qualify for the Dual National Championships, bringing the total qualified teams to 26.

Fifteen teams from seven schools based in Alabama, Georgia and Tennessee participated in the Chattanooga Cruise-in HROT. Teams that qualified for the Dual National Championship, and their qualification times, include:

To qualify for the Dual National Championship, a team must finish disassembling and reassembling a small-block Chevrolet engine in less than 33 minutes, including penalties.