General Motors Co. will cut more than 14,000 salaried staff and factory workers and close seven factories worldwide by the end of next year, part of a sweeping realignment to prepare for a future of electric and self-driving vehicles.

Four factories in the U.S. and one in Canada could be shuttered by the end of 2019 if the automaker and its unions don’t come up with an agreement to allocate more work to those facilities, GM said in a statement Monday. Another two will close outside North America. The Detroit-based company’s shares surged on the plan, which includes abandoning some of its slower-selling sedan models.

The planned job reductions, which triggered political pushback in the Midwest U.S. and Canada, come on the heels of surprisingly strong third-quarter earnings. GM Chief Executive Officer Mary Barra is trying to make the company leaner as U.S. auto demand slides from a record in 2016 and sales in China — GM’s other profit center — are also in a slump.

Meanwhile, as USA Today reported, General Motors also announced that it’s killing several passenger cars, including the Chevrolet Volt and Chevrolet Cruze, two compact vehicles that were held up as examples of the automaker’s post-bankruptcy revival.

The move comes as Americans are abandoning passenger cars in favor of crossovers, SUVs and pickups.

The automaker will no longer make the Volt semi-electric car and the Cruze compact sedan for sale in North America beginning in March, Chevy spokesman Kevin Kelly confirmed. 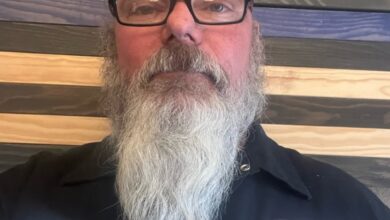 In Gear with THE SHOP Ep. 37 — Finding and Training Employees with Dirty Dog Off-Road