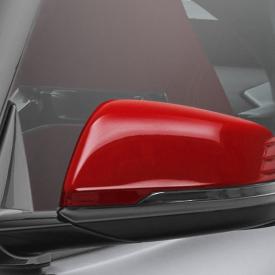 The world premiere of the 2020 Supra was planned for Monday, Jan. 14 at the North American International Auto Show in Detroit. The first chance to own one will come five days later at the Barrett-Jackson Auction in Scottsdale, Arizona.

Sports car enthusiasts have been awaiting the return of the Supra to America after 20 years. The highest bidder at the Barrett-Jackson Auction on Jan. 19 will slide behind the wheel of a one-of-a-kind 2020 Supra VIN number 20201.

The auction car will feature a matte gray exterior with red mirror caps, a red leather interior and matte black wheels, according to a press release. A carbon-fiber badge on the interior will indicate its status as the first 2020 Supra, and additional exclusive experiences will be announced prior to the auction.

All proceeds of the sale will be shared by the American Heart Association and the Bob Woodruff Foundation, the release noted. The American Heart Association’s mission is “to be a relentless force for a world of longer, healthier lives,” while the Bob Woodruff Foundation “finds, funds and shapes innovative programs that help post-9/11-impacted veterans, service members and their families thrive long after their time in uniform.”

The Supra prototype on display at Barrett-Jackson will be representative of the actual production vehicle that will be delivered in the first half of 2019.