Gentex is a presenting sponsor of the Michigan International Auto Show, where it plans to feature its highly modified, Michigan-themed 2018 Chevy Colorado.

The show is hosted annually by the Grand Rapids New Car Dealers Association and produced by ShowSpan Inc.

According to Gentex Corp., this year’s event will showcase hundreds of vehicles from more than two dozen global manufacturers, including sedans, vans, SUVs, trucks, hybrids, sports cars and more. Additionally, the Million Dollar Motorway, a room filled with numerous high-end luxury cars, is set to return this year, and the Gilmore Car Museum once again plans to display an array of vintage vehicles.

Gentex will have its own booth at the show, where the company plans to feature its highly modified, Michigan-themed 2018 Chevy Colorado. The build features a custom-designed vehicle wrap that depicts various aspects of the Michigan landscape, including the Great Lakes, Pictured Rocks, waterfalls, sand dunes and Mackinac Bridge. The truck is also emblazoned with Pure Michigan, the slogan of Michigan’s highly successful tourism promotion program.

“For camping, the vehicle has everything, including the kitchen sink,” stated a press release from Gentex Corp. “It also has a fully integrated refrigerator/freezer, pull-out stove and remote-controlled, roof-mounted tent. Because Michigan is known for its profusion of craft breweries, the truck also features a built-in YETI jockey box that cools and dispenses your favorite microbrew from a keg mounted discretely under the vehicle.”

The truck is equipped with a variety of Gentex’s digital vision, connected car and dimmable glass technologies.

Gentex also plans to display a unique art installation at the show. The exhibit, called Horizon, debuted at the Marfa Film Festival in 2017, and was subsequently displayed at Art Prize 2018. Horizon is a collaboration between Cadillac, which commissioned the piece; Gentex, which supplied 200 of its Full Display Mirrors; Interview Magazine, which helped launch and promote the project; and a company known today as Phantasma, which was responsible for the work’s concept, design and construction.

Horizon is a floating ring comprised of 200 Gentex display mirrors that act as portals into a highly stylized digital world inspired by the Grand Rapids skyline, filled with buildings, monuments, art and gardens. According to Gentex, viewers can manipulate the mirrors to further explore the digital world, revealing new patterns, detail, colors, forms and shapes.

“Gentex typically displays its products at technology events around the world, so it’s particularly gratifying for us to be able to showcase our products in our own backyard,” said Steve Downing, Gentex president and CEO. “We love what we do at Gentex, and it’s great to be able to share the things we’re working on with the West Michigan community that supports us.” 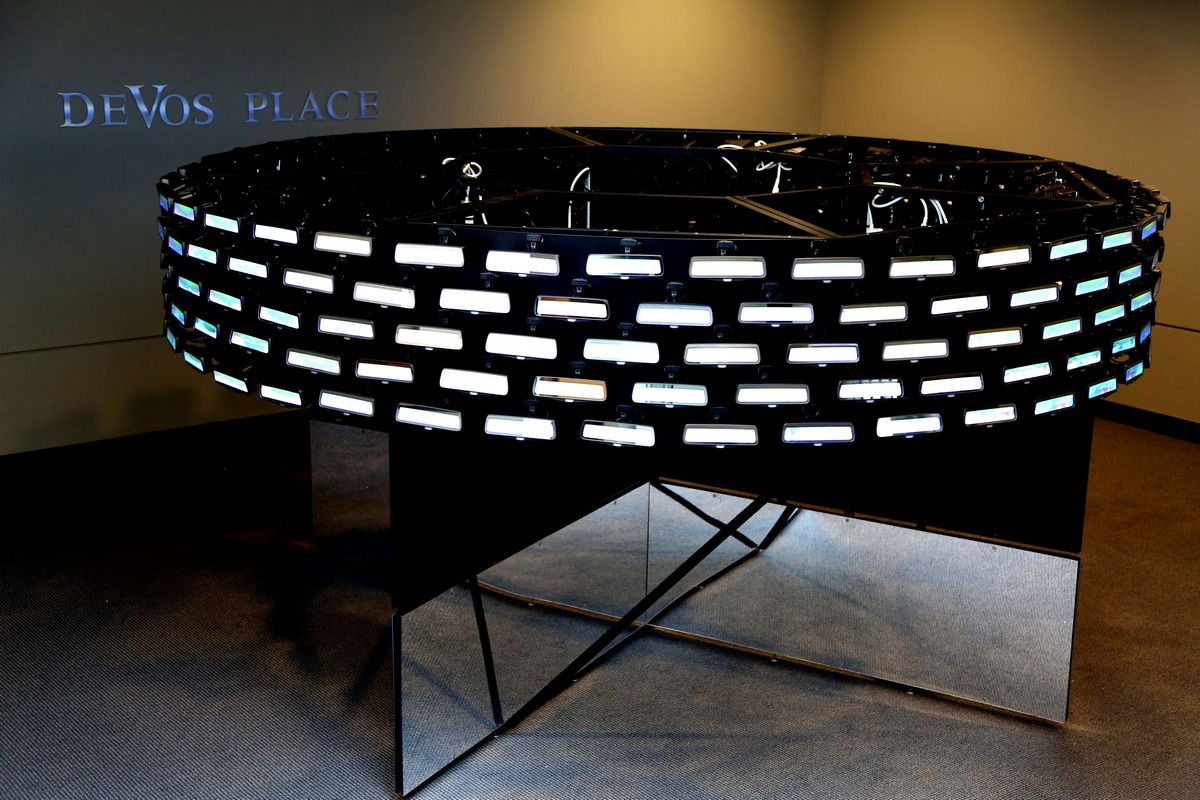 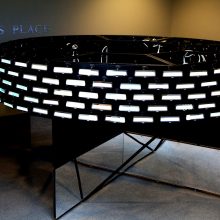 Hella Recognized as GM Supplier of the Year