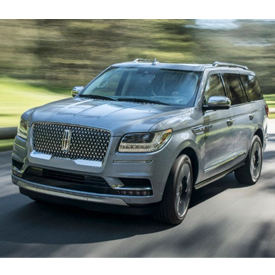 Ford is selling the high-end Lincoln Navigator so fast it is having trouble keeping up with demand. The second-largest U.S. automaker has only been rolling out the 2018 Navigator to dealerships since the end of November, but Ford is already straining to produce enough vehicles, executives said on a conference call.

Navigator sales form a tiny share of Ford’s total-slightly less than 1,300 out of the 161,000 cars the company sold during January. But they were up 97.5 percent over the same month in 2017, even though Ford’s overall sales dropped 6.6 percent, and total Lincoln SUV sales fell almost 20 percent.

“We could have sold a lot more in January if we had had them.”