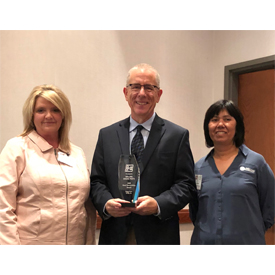 Hastings Manufacturing received the group’s Opportunity Award. This award is presented to the Engine Pro supplier who in the past year has provided outstanding profit margins and other financial incentives such as rebates, product promotional opportunities and other profit potential.

Dura-Bond Bearing Co. captured the Fulfillment and Accuracy Award. This award is presented to the Engine Pro supplier who in the past year has achieved excellent order fill and on time delivery along with superior order accuracy.

The third award, the Good Stewardship Award, was presented to the supplier who has maintained superior marketing practices along with sales and marketing assistance. That award was earned by Melling Engine Parts.

“Our Engine Pro shareholders have worked hard to identify the most important components that they believe will lead to future success for the group, our customers and our more than 90 suppliers,” said William E. Cook, Engine Pro president. “These awards are based on those factors and were carefully chosen to reflect our suppliers’ service to the group’s nine independent engine parts distributors across North America and Australia.”