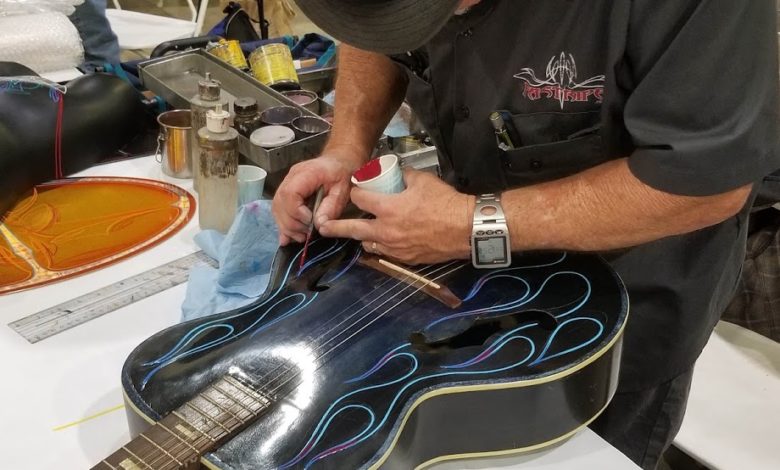 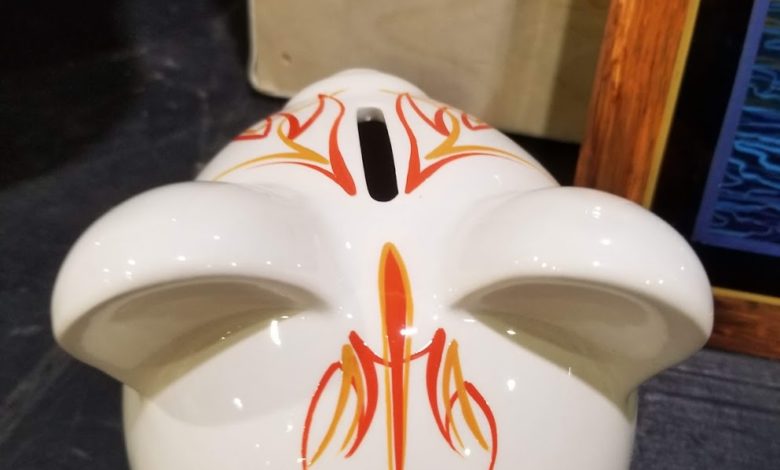 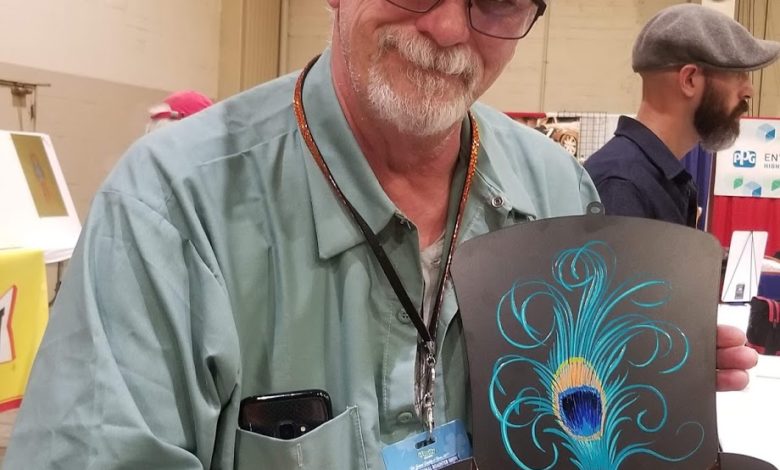 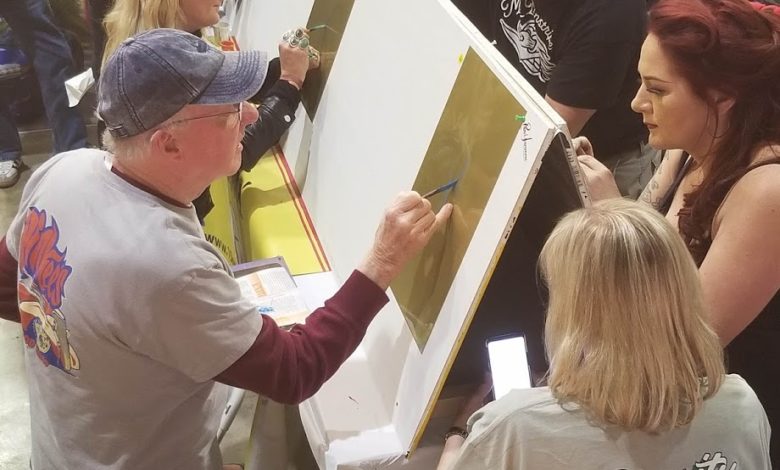 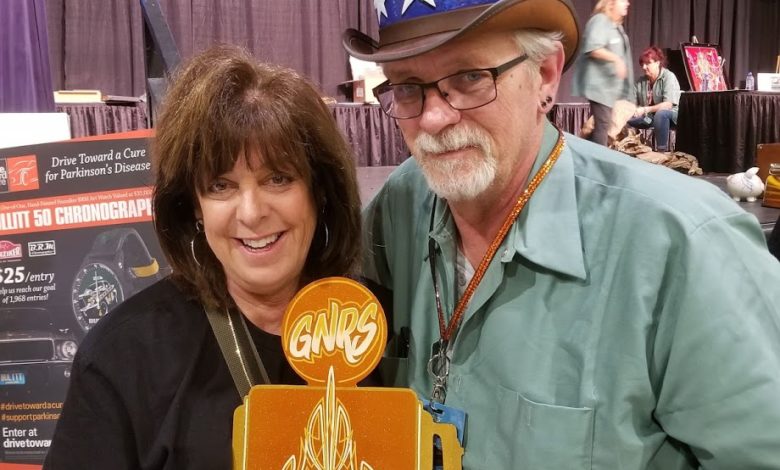 A charity active in the automotive aftermarket raised more than $70,000 for Parkinson’s Disease research and patient care at last weekend’s Grand National Roadster Show. The weekend event was highlighted by the Charity Pinstripers, which volunteered its artistic energy and talents to earn more than $45,000 in auction, with proceeds and donations raised for Drive Toward a Cure, a 501(c)(3) nonprofit organization that raises funds directed toward the search for a Parkinson’s cure.

Entertainment at the show included a live performance by famed blues rock guitarist Jimmie Vaughan on stage before donating the instrument he had just played, earning $5,000 of that amount alone.

Sean Kiernan, custodian of the original 1968 Bullitt Mustang from the Hollywood movie, had his iconic vehicle displayed throughout the weekend to raise additional funds and mark the conclusion of the “BULLITT 50” BRM Chronograph/Hunziker-designed art watch raffle, celebrating the car and film’s 50th anniversary. The raffle concluded on Sunday having reached 1,011 ticket entries and raising more than $25,000 in honor of Sean’s father, Robert E. Kiernan, Jr., with proceeds benefitting the Michael J. Fox Foundation through Drive Toward a Cure. The elder Kiernan, who purchased Bullitt in 1974, succumbed to his challenges of Parkinson’s in 2014.

The charity raffle began Oct. 17, on the 50th anniversary of the iconic thriller film. The winning ticket, which belonged to Dave Stone of Ketchum, Idaho, was announced on stage Sunday afternoon, prior to the shows’ award ceremony.  Mike Brewer, host of car show Wheeler Dealers joined Sean Kiernan, automotive fine artist Nicolas Hunziker and Drive Toward a Cure founder, Deb Pollack for the announcement. Stone will be awarded the 1-of-1 BRM Chronograph watch, which includes both a hand-painted dial by Hunziker, depicting the legendary car and a paint fragment from the original vehicle. The unique watch is valued at $35,000.

Those that contributed to the overall success of the charity weekend included John Buck, owner of Rod Shows and the Grand National Roadster Show, who had selected Drive Toward a Cure as the show’s charity of choice for 2019. He also introduced the nonprofit to Marshall Knapp, leader of the charity pinstripers, an award-winning group of artists residing throughout the country who volunteer their time and creative labor to raise funds through six separate auctions during Grand National Roadster Show.

The involvement of the Bullitt Mustang with Drive Toward a Cure started more than a year ago when Pollack met Kiernan at the Detroit Auto Show when the famous car was unveiled after nearly 50 years of obscurity. The Bullitt had been quietly tucked away at the Kiernan family farm in Tennessee.

When Pollack, an automotive professional and enthusiast for several decades, had learned that she and Sean Kiernan had something more than cars in common-as each had lost a parent to Parkinson’s-a new friendship was sparked and a collaboration in cause had begun, leading to the celebratory watch and a means to raise funds and awareness for Parkinson’s.

Thanks to the McQueen Estate and Chad McQueen, Pollack was able to receive the stamp of approval to create a 1-of-1 artistic watch to honor the film, both men’s fathers, the car and Pollack’s mother all in one shot. Following consent from McQueen, Ford Motor Co. and Warner Brothers, Pollack teamed with French watchmaker BRM Chronographes and artist Hunziker-who already had the rights to Steve McQueen apparel and artistry-and created the watch to be raffled on behalf of the charity. In the three-month cycle of raffle ticket sales, more than 1,000 entries were purchased at $25 each, with sales going to 12 countries and 32 states, building expanded awareness for the Parkinson’s cause.