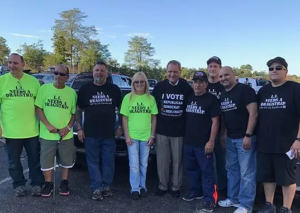 The need for a study was initiated by the group Long Island Needs A Dragstrip (LINADS), which has been gaining community support for a new track since 2016, according to a press release announcing the study.

The report will focus on detailed economic impacts and provide an analysis of how money spent through the track could flow throughout the community, as well as investigate potential benefits to youth safety, tourism, charitable contributions and small business benefits.

The research team will include racing industry leaders, analysts and investigators, USMA noted.

“Long Island is home to over 7 million people-nearly double the population of Los Angeles. We know already that the Island is rich with automotive and racing enthusiasts. There is a great opportunity for motorsports growth and rejuvenation on Long Island,” said Shawn Stewart, executive director of the USMA. “The USMA’s research team is excited to take a deeper dive and uncover the potentially tremendous benefits of a new motorsports complex on Long Island.”

Long Island has been home to as many as six automotive racing tracks at once. Currently there is only one: Riverhead Raceway, a paved oval track.

“Many racers who reside on Long Island are currently traveling outside the county and state to compete, which is lost revenue for the region,” the USMA release stated. “In addition, some estimate there are hundreds of race cars on the Island sitting in garages not being operated due to not having a local place to race.”

LINADS envisions a motorsports complex that would serve drag racing, sports car racing and recreational and competitive off-road events. When motorsports activity isn’t taking place the venue could provide the community a place for other non-motorsports events such as concerts, fairs, and fundraisers, plus training grounds for law enforcement, first responders or the military.

“LINADS and the USMA are equally passionate about providing a safe environment for youth to drag race,” the organizations noted. “Other regions around the United States have years of proven data that shows when a drag strip exists in the community, illegal street racing injuries, deaths and arrests are dramatically reduced.”

The report is expected to be released later this year.